Jose Mourinho, who was sacked as Tottenham Hotspur boss on Monday, is in the running to be named the next Celtic manager. (Sun)

Valencia have also been linked with the Portuguese manager, with club owner Peter Lim prepared to dismiss current boss Javi Gracia to bring in the 58-year-old. (Todofichajes - in Spanish)

Tottenham chairman Daniel Levy feared as many as 10 players would quit in the summer if he did not sack Mourinho. Levy was most worried about England's Harry Kane, 27, and Dele Alli, 25, as well as Wales forward Gareth Bale, 31, on loan from Real Madrid. (Eurosport)

Barcelona have offered Manchester City striker Sergio Aguero, 32, a two-year deal. The Argentina forward is available on a free transfer when his contract at Etihad Stadium expires in the summer. (TyC Sports - in Spanish)

Aston Villa could make a move for Manchester United and England attacking midfielder Jesse Lingard in the summer. The 28-year-old is also wanted on a permanent basis by West Ham United, where he has been on loan since January. (Football Insider)

Marseille's 24-year-old Croatia defender Duje Caleta-Car is hopeful Liverpool rekindle their interest in him now his club are open to letting him leave. (RMC Sport, via Team Talk)

West Bromwich Albion are determined to keep in-demand goalkeeper Sam Johnstone at The Hawthorns. Manchester United and West Ham are both interested in the 28-year-old Englishman. (Express and Star)

Paris St-Germain striker Kylian Mbappe, 22, has started house hunting in Madrid. The France forward is yet to agree a contract extension with PSG and has long been identified as Real Madrid's top summer target. (Goal) 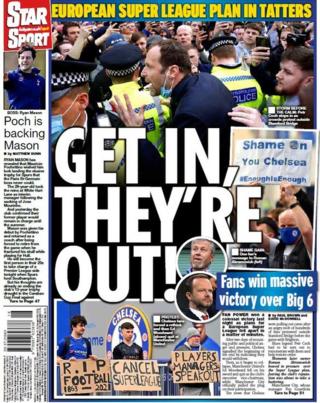