Arsenal legend Patrick Vieira is on the list of managers being considered by Crystal Palace if 73-year-old Roy Hodgson leaves at the end of his contract in the summer. The Frenchman, 44, has been out of work since leaving Nice in December. (Athletic, subscription required)

Tottenham Hotspur have identified RB Leipzig's 33-year-old German manager Julian Nagelsmann as the man they want to succeed Jose Mourinho, who was sacked on Monday. (Mail)

Nagelsmann could arrive in London before the season ends - although he is under contract at Leipzig for another two years. (Sun)

Crystal Palace are the latest club to show interest in Arsenal and England midfielder Ainsley Maitland-Niles. Leeds United and French club Monaco are also monitoring the 23-year-old, who has been on loan at West Bromwich Albion since January. (Mirror)

Liverpool are interested in Aston Villa and England striker Ollie Watkins, 25, who became the Midlands club's record signing eight months ago when he joined from Brentford for £28m. (Football Insider)

West Ham United lead the race to sign Youssef En-Nesyri from Sevilla, despite Liverpool and Manchester United being linked with the 23-year-old Morocco forward. (La Razon - in Spanish)

Everton have started talks with defender Seamus Coleman about a coaching role when his playing days come to an end. The 32-year-old Republic of Ireland right-back's deal runs until June 2022. (Liverpool Echo)

Barcelona are willing to let 21-year-old Riqui Puig leave on loan in the summer and have received interest in the Spain Under-21 midfielder from clubs in the Premier League, Italy, Germany and Portugal. (Sport - in Spanish)

Aston Villa are planning to make another approach for Werder Bremen's Milot Rashica after missing out on the 24-year-old Kosovo winger last summer. (Football Insider)

Bayern Munich are determined to sign Rennes and France Under-21 midfielder Eduardo Camavinga, 18, who has also attracted the interest of Real Madrid. (France Football)

Roma striker Edin Dzeko remains a target for Inter Milan this summer after they failed to bring the 35-year-old Bosnia striker to the San Siro in January. (Calcio Mercato - in Italian)

Relegation-threatened Championship side Sheffield Wednesday have put all contract talks on the back burner. (Sheffield Star) 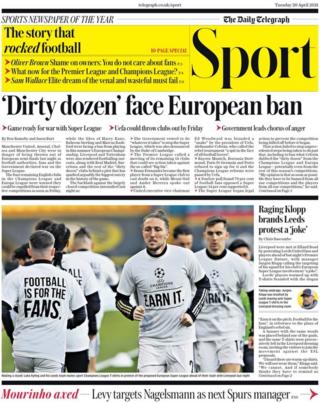