Arsenal are among a number of clubs considering a summer move for RB Leipzig's 21-year-old French defender Ibrahima Konate. (Standard).

Konate is one of six deals the Gunners are working on, with the club also willing to sell France striker Alexandre Lacazette, 29, for the right price. (Football.London)

Manchester City manager Pep Guardiola is a long-term admirer of Aston Villa and England's 25-year-old midfielder Jack Grealish, but the Premier League leaders are set to focus on signing a deeper-lying midfielder - as well as a striker and left-back - in the summer. (Mirror)

Manchester United's Portugal midfielder Bruno Fernandes, 26, is set to sign a new contract that will double his wages to around £200,000 a week. (Sun)

Egypt defender Ahmed Elmohamady, 33, will leave Aston Villa on a free transfer in the summer as the club have no plans to offer him a new deal. (Football Insider)

Sheffield United manager Chris Wilder's position is under serious threat. The Englishman and Blades owner Prince Abdullah are disagreeing over the club's transfer policy and the hierarchy's plan for a director of football. (Mail)

Napoli have reduced their asking price for Kalidou Koulibaly to around 45m euros (£38.7m), with Bayern Munich believed to be ahead of Liverpool and Manchester United in the race for the 29-year-old Senegal defender. (Il Mattino - in Italian)

Manchester United are looking for an alternative club for midfielder Andreas Pereira, 25, this summer because Lazio are not expected to take up the option to turn the Brazilian's loan into a permanent deal. (Corriere Dello Sport - in Italian)

Leicester City have renewed their interest in long-time target Ismail Jakobs, 21, but the Foxes face competition from Brighton who are also monitoring Cologne's Germany Under-21 international. (Mail)

Financial pressures could force Valencia to sell 24-year-old Portugal forward Goncalo Guedes, who is a West Ham target, in the summer. (O Jogo, via Sun)

What happens when the Premier League dream dies?

Juventus have identified Chelsea midfielder Jorginho, 29, as a 'Plan B' option if they fail to sign fellow Italy midfielder Manuel Locatelli, 23, from Sassuolo. (Calciomercato - in Italian)

Meanwhile, Juve's in-demand 19-year-old Romanian defender Radu Dragusin, who was previously linked with a move to Crystal Palace, is set to sign a new deal with the Turin club. (Goal)

Eintracht Frankfurt have said they will not stand in the way of sporting director Fredi Bobic, 49, if he chooses to leave, with Manchester United, West Ham and Hertha Berlin linked with the German. (Bild, via Team Talk) 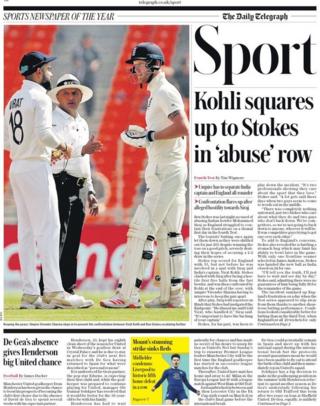