Manchester City manager Pep Guardiola will have £200m to spend in the summer, with Inter Milan's Belgium and former Manchester United striker Romelu Lukaku, 27, on a list of potential signings. (Telegraph - subscription required)

Sheffield United remain confident they can sign England midfielder Jesse Lingard, 28, from Manchester United, despite their position at the bottom of the Premier League. (Sheffield Star)

Barcelona acting president Carles Tusquets suggested signing Manchester City and Spain defender Eric Garcia, 20, for 8m euros (£7.1m) to the club's three presidential candidates, but any move could not go ahead as not all of them were in agreement. (Marca)

Everton have cooled their interest in Bournemouth striker Joshua King, 29, with the Norway international said to be looking for a £120,000-a-week deal. (Sun)

From dejection to frustration in 12 months...

Netherlands forward Memphis Depay, 26, says he and Lyon team-mate Houssem Aouar, 22, want to move to "one of the top three clubs in the world". Depay has been linked with Barcelona, while French midfielder Aouar was reported to be a target for Arsenal. (Canal+)

Marseille manager Andre Villas-Boas has confirmed that French midfielder Morgan Sanson is a target for English teams, with Arsenal, Aston Villa, Tottenham and West Ham linked with the 26-year-old. (Mail)

Inter Milan director Beppe Marotta says the Serie A side are financially stable but will not be making "any investments" during the January transfer window. (Sky Sport Italia - in Italian)

Norwich City are set to sign Greece left-back Dimitris Giannoulis, 25, from PAOK for a fee which could rise to 7m euros (£6.2m). (Pink Un)

Hull City manager Grant McCann says English striker Keane Lewis-Potter is not for sale, despite talks over a new deal for the 19-year-old reaching an impasse. (Yorkshire Post) 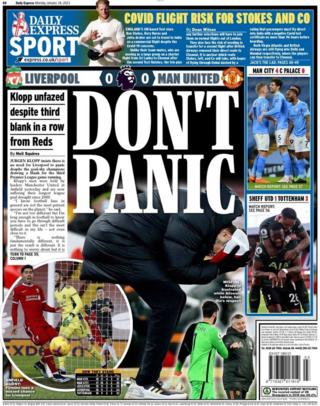