Pep Guardiola wants Manchester City to sign Jack Grealish, having identified the Aston Villa and England midfielder, 25, as a top target in his planned rebuild. (Independent)

City's 10-year plan for Barcelona's Argentine forward Lionel Messi, 33, could include a move to New York. (Times - subscription only)

West Brom have held talks with an American consortium over a £150m takeover. (Telegraph - subscription only)

Chelsea boss Frank Lampard says France forward Olivier Giroud, 34, who is seeking a move in order to secure first-team football before next year's European Championships, is an "important" player and insists he wants him to stay at Stamford Bridge. (Mirror)

Chelsea are hopeful Giroud will stay but will not stand in the way of the France international if he chooses to leave. (Independent)

The Football Association is to fast track trials of concussion substitutes in this season's FA Cup. (Guardian)

Real Madrid have not received any offers for their Spain midfielder Isco, 28, who has been linked with Manchester City and Arsenal. (AS)

What can be decided in the Champions League this week?

Who needs what to qualify? Who can go out? All the permutations

Borussia Dortmund are ready to renew their interest in Inter Milan's Denmark midfielder Christian Eriksen, having been linked with the 28-year-old former Tottenham player earlier in the year. (Tuttermercatoweb - in Italian)

Arsenal's Ivorian winger Nicolas Pepe, 25, says he is "deeply sorry" for his behaviour which led to his red card in Sunday's 0-0 draw against Leeds. (Sun)

Ole Gunnar Solskjaer has told France forward Anthony Martial, 24, that he cannot rest on his laurels at Manchester United after a difficult start to the new season. (Mail)

QPR will again look to bring in a centre-back and send Republic of Ireland Under-21 defender Conor Masterson, 22, out on loan when the transfer window reopens in January. (West London Sport) 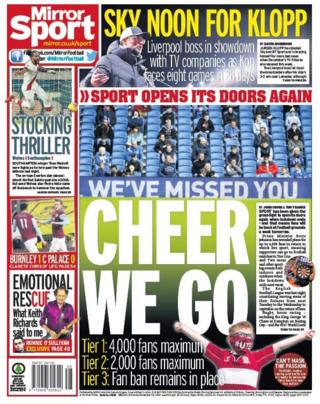