Juventus are preparing to make a world record bid for France and Paris St-Germain forward Kylian Mbappe, 21, next summer. (Tuttosport, via ESPN)

Arsenal's German midfielder Mesut Ozil, 31, turned down the chance to leave the Gunners and earn £200,000 per week in the Saudi Professional League earlier this month. (Fabrizio Romano, via Express)

Germany defender Antonio Rudiger, 27, says he wants to win back his place at Chelsea after a move away from the club did not materialise over the summer. (Athletic - subscription required)

Chelsea are set to open talks over a contract extension with 28-year-old Italy midfielder Jorginho, who was linked to Arsenal during the summer. (AreaNapoli - in Italian)

Former Juventus manager Massimiliano Allegri would be a candidate to replace Ole Gunnar Solskjaer if the Manchester United boss is sacked. (Express)

Liverpool and Switzerland forward Xherdan Shaqiri, 29, says it was his choice to stay at the club during the summer, despite being linked away from the Premier League champions. (Mail)

Juventus are looking to renew Argentina forward Paulo Dybala's contract, with Chelsea considering a move for the 26-year-old. (Tuttomercato - in Italian)

Manchester United did not submit any bids for Bayern Munich and France forward Kingsley Coman, 24, during the summer window, says the German club's sporting director Hasan Salihamidzic. (Bild, via Mail)

Arsenal and Bosnia-Herzegovina defender Sead Kolasinac, 27, has been offered to Roma. (Corriere dello Sport - in Italian)

Brighton and Hove Albion's move for Swansea City winger Andre Ayew is in doubt because of the 30-year-old Ghana international's wages. (Sun)

Juventus have joined the race for Manchester City target and Bayern Munich and Austria defender David Alaba, 28. (Sportmediaset - in Italian)

Liverpool are willing to let Harry Wilson leave on loan again, but have rejected Swansea City's offer for the Wales winger. (Athletic, via Wales Online)

Wilson, 23, is one of five players the Reds are looking to offload. (Express) 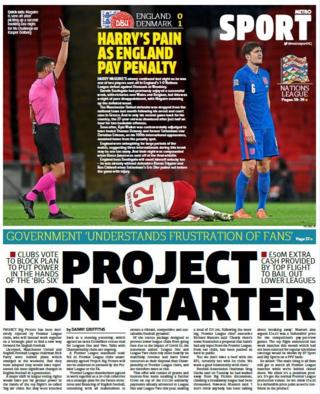