Meanwhile, manager Frank Lampard says Chelsea tried to keep Brazil winger Willian but "would have no feeling of disappointment" if he does move on, with the 31-year-old expected to join Arsenal on a free transfer when his contract expires this summer. (Mirror)

Barcelona will make a £14m bid for Manchester City's 19-year-old Spanish defender Eric Garcia after he told the Premier League side he would not sign a new contract. (Goal.com)

Bayer Leverkusen's Germany forward Kai Havertz, 21, could arrive at Chelsea as early as next week for £71m, with Bayern Munich no longer interested. (Star)

AC Milan are interested in 24-year-old Arsenal and Uruguay midfielder Lucas Torreira, who has fallen down the pecking order under manager Mikel Arteta. (Telegraph, subscription required)

Everton want to bring Atletico Madrid and France midfielder Thomas Lemar to the Premier League. The 24-year-old is surplus to requirements at the La Liga side. (Le10 Sport, in French)

Tottenham are in talks with Inter Milan for 25-year-old Slovakia defender Milan Skriniar, who is also a target for Liverpool and Manchester United. (Tuttosport, in Italian)

Newcastle United are interested in a loan deal for Wilson, who spent last season on loan at Bournemouth, and are also keen on Chelsea's 20-year-old English midfielder Conor Gallagher. (Northern Echo)

Arsenal, Juventus and Manchester City are in a three-way tussle for Lyon's 22-year-old French midfielder Houssem Aouar. (L'Equipe via Mail)

Queen's Park Rangers are close to a deal with Tottenham for the permanent signing of 23-year-old English midfielder Luke Amos, who spent last season there on loan. (Talksport) 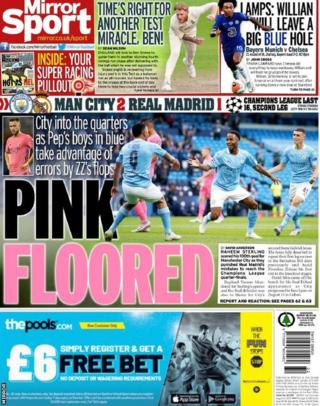