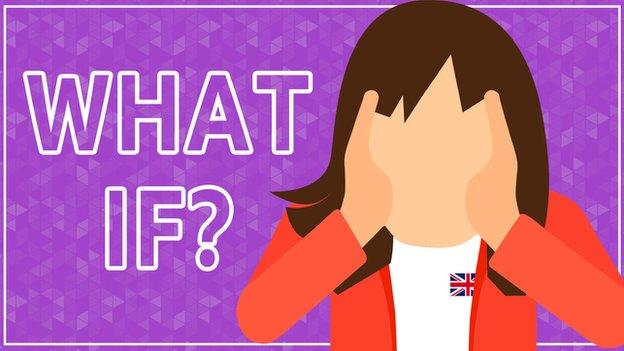 "It was a very easy decision to make. The day after the operation, I won a race."

That decision was abortion and Lucy - not her real name - was competing at the very top of her sport.

A BBC survey of elite British sportswomen has found that just over 4% of respondents have had abortions, because they felt a baby would affect their sporting careers. This is more than twice the average rate of abortions in England and Wales over the past decade, which stands at around 1.7 per 100 women.

"I was 21. I knew life would be over for me doing what I wanted to do in my sport," says Lucy, one of the 22 women of 537 survey respondents who said she has had an abortion.

"You just couldn't do what I went on to do. The risks are high in my sport. You're either in or out. It only really worked for me when I didn't have any responsibilities to anyone else.

"I very much kept it to myself. I've never spoken about it. I never told anyone - it's bit of an amazing feat at such a young age that I just went and sorted it out and then carried on as if nothing had happened."

One rugby player, who had already had a baby, said she had a termination because she was concerned that a scar from a C-section might erupt as a result of repeatedly crouching in the scrum.

"I wanted to have another child but I knew if I did I wouldn't be able to play my game any more," she says. "I didn't want to give up my sport."

Others have not had to make that decision yet, but say they know what they would do.

"Sadly that's something that my partner and I have had to speak about - what if…?" says Para-archer Jodie Grinham.

"It's a hard one. I sit there with tears in my eyes because it's so hard to say. It's really hard to say to your partner who really wants a baby: Look, I love you with all my heart but if we were to fall pregnant, we wouldn't be able to keep it.

"It's very hard to say: 'I love you but I wouldn't have your child right now.' It's awful, it really is.

"We put so many measures in place to make sure that would never be able to happen. I've put my body under different stresses, different mood swings just so I make sure I can go and compete and have my career. It's bloody hard to have those conversations but we are so lucky we can."

Three years ago, American former Olympic 400m champion Sanya Richards-Ross revealed she had had a termination a day before leaving for the 2008 Beijing Games, where she won a gold and bronze medal.

She later said every female athlete she knew had had an abortion but the issue was "not talked about" and that she felt she had helped other women by speaking publicly about it.

According to the survey, just over one in three (34%) have delayed starting a family because of their sporting careers.

"I would probably be pregnant now or trying [if I was not an athlete]," Grinham, 27, says.

"A man... if he and his wife decide to have a baby, he can literally have a baby at any point. Sadly, if you compete you might miss the birth and that is rubbish but it doesn't take a toll on his body, his physique, his training ability, not having to physically handle the pregnancy."

And for athletes who do decide to start a family during their careers, there is meticulous planning involved to hit the 'perfect timing'. And of course, no guarantees.

"In order to have a baby I'd need to have it the year after a Games year, or going into the Europeans year, so I can recover - because I need to be back the year before a Games year to win a quota place to then get ready for the Games," says Grinham.

"The concern I've got is if I don't follow that structure and have a baby at the wrong point, then I'm showing that my career isn't the priority.

"Why would I be selected? If I was going out partying every weekend, I wouldn't be seen to be a committed athlete. For me, if I decide to have a baby a year before a Games, then I'm not committed to going to the Games."

Grinham says she looks at her schedule for planning a family in four-year blocks, coinciding with the sporting calendar.

And the window of opportunity is incredibly small.

'If you want to come back, you have to be the best'

Just over a quarter (26%) of those who took part in the survey said they felt supported by their club or governing body to have a baby and return to their sport, but more than a third (36%) said they did not.

Of the 184 who said they had delayed starting a family, 29% percent said they felt supported and 52% did not (the rest ticked 'not applicable').

Among the thoughts expressed in the anonymous survey were:

Abortion is one of many issues raised by the BBC Elite British Sportswomen's Survey. BBC Sport will be shining a spotlight on the others with coverage throughout the week on the BBC Sport website, BBC Radio 5 Live and BBC TV. More information can be found here.