Former Germany midfielder Mesut Ozil wants to see out the final year of his Arsenal contract but the Gunners want to offload the 31-year-old, who is on £350,000 a week, this summer for financial reasons. (ESPN)

Manchester City are willing to let Germany winger Leroy Sane, 24, leave on a free transfer at the end of his contract unless Bayern Munich increase their £30m valuation. (Independent)

France forward Olivier Giroud, 33, says he wants to win more trophies with Chelsea and that Werner's arrival is "more motivation for strikers" at the club. (Guardian)

Roy Hodgson says Crystal Palace would be "very foolish" to relax and think no-one will bid for Ivory Coast winger Wilfried Zaha this summer because of the financial impact of the Covid-19 pandemic. (London Evening Standard)

Burnley boss Sean Dyche insists English midfielder Dwight McNeil, who has been linked with Manchester United, Manchester City, Leicester and Juventus, will not be sold cheaply. The Clarets are thought to be demanding around £50m for the 20-year-old. (Sun)

Wolves manager Nuno Espirito Santo, who has a year remaining on his contract says he "will have time to talk" about a new deal now the season has resumed. (Express and Star)

Bournemouth v Crystal Palace, live on the BBC on Saturday

Why Wilfried Zaha is at a career crossroads - Jermaine Jenas

French midfielder Papa Gueye, 21, has agreed to join Watford after his Le Havre contract runs out this summer - but his agent says the player does not want to move to Vicarage Road and Arsenal have made him an offer, while Marseille are among other clubs who are interested. (Le Phoceen, in French)

Steve Bruce says he is tired of listening to claims his job as is under threat as Newcastle manager if the club's takeover is completed. Mauricio Pochettino and Rafael Benitez have been linked with the Magpies. (Telegraph)

Sheffield United manager Chris Wilder says new contract offers have been made to members of his squad, with the club understood to have held talks with English defender Chris Basham, 31, and midfielder John Lundstram, 26, as well as Republic of Ireland defender John Egan, 27. (Sheffield Star)

Everton have joined Manchester United and Southampton in monitoring Real Valladolid defender Mohammed Salisu, with the 21-year-old Ghanaian having a year left on his contract and a £10m buy-out clause. (Mirror)

Championship leaders Leeds United plan to make £50m worth of signings if they are promoted to the Premier League. (Football Insider) 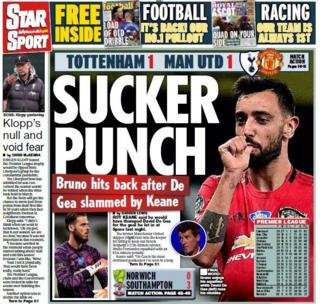