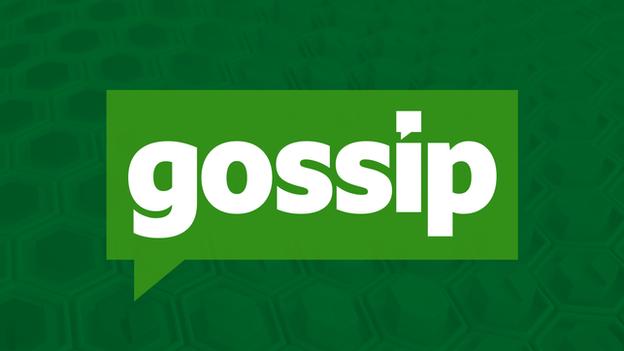 Real Madrid have delayed their attempts to try and sign France striker Kylian Mbappe, 21, from Paris St-Germain until 2021 because of the coronavirus pandemic. (AS)

Premier League clubs are set to scale back the training regimes of their isolated players amid the acceptance that it will be months rather than weeks before football resumes. (Mail)

Arsenal, Chelsea and Celtic are interested in Middlesbrough and Republic of Ireland U17 forward Calum Kavanagh, 16. (Sun)

Liverpool are the latest club to show an interest in Lille midfielder Boubakary Soumare, 21. Real Madrid, Manchester United, Chelsea and Newcastle are also keen on the France U21 player. (Sport)

Paris St-Germain striker Edinson Cavani, 33, will return to his home country, Uruguay, and sign for Penarol when his contract expires this summer. (Star)

How Atalanta's dream became a nightmare

In the week when Atalanta should be playing in their first Champions League quarter-final, the team's city instead deals with coronavirus.

AC Milan have made an approach to sign Manchester City midfielder David Silva. The 34-year-old former Spain player is out of contract at the end of the season. (Corriere Dello Sport - in Italian)

Manchester United are struggling to find a buyer for Alexis Sanchez, 31, because he is unwilling to take a pay cut. The Chile forward, on loan at Inter Milan, has two years left on his deal at Old Trafford . (Standard)

Yannick Bolasie, 30, will return to Everton from Sporting Lisbon this summer, according to his agent. The DR Congo winger is on a season-long loan at the Portuguese club but they do not want to turn it into a permanent deal. (Record - in Portuguese)

Sporting Lisbon are keen on a permanent move for Leicester striker Islam Slimani this summer. The Algerian, 31, has been on loan at Monaco. (A Bola)

The Toffees are tracking the progress of namesake Everton Soares. The Brazil forward 24, has a £104m release clause in his contract at Gremio. (Mirror) 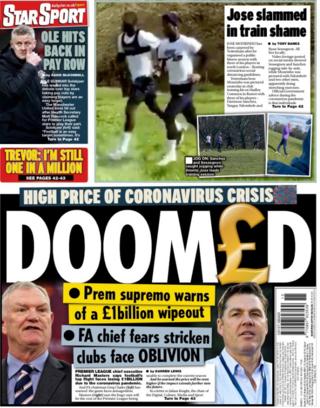