Manchester United may turn their attention to Leicester City and England midfielder James Maddison, 23, after long-time target and Aston Villa captain Jack Grealish, 24, was involved in another off-field incident. (Star)

Arsenal, Tottenham Hotspur and West Ham United are keen on Liverpool defender Dejan Lovren, 30, with the Croatia international out of favour at Anfield. (Teamtalk)

He was the figurehead for Ivory Coast's 'golden generation', and their remarkable powers helped bring a damaged nation together...

Liverpool are not interested in re-signing Brazil midfielder Philippe Coutinho, who is on loan at Bayern Munich from Barcelona. (Mirror)

Meanwhile, United are optimistic that France midfielder Paul Pogba, 27, will stay at Old Trafford because few European clubs will be able to match his £100m fee. (Independent)

Real Madrid are monitoring Sao Paulo's Igor Gomes, 21, while Barcelona, Sevilla and Ajax are all also interested in the Brazil Under-20 midfielder. (AS)

Chelsea and Brazilmidfielder Willian, 31, is keen to continue playing in the Premier League if he leaves Stamford Bridge, putting Arsenal and Tottenham on alert. (ESPN Brazil - in Portuguese)

On-loan Arsenal midfielder Dani Ceballos, 23, would rather move back to Real Betis than stay at Emirates Stadium, if parent club Real Madrid do not want the Spaniard back. (Estadio Deportivo, via Express) 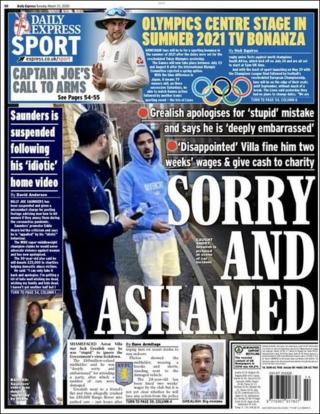 Express back page on Tuesday, 31 March