Manchester United could be tempted to try to bring striker Zlatan Ibrahimovic back to Old Trafford. The 38-year-old ex-Sweden international will be a free agent as his contract with MLS side LA Galaxy is about to end. (TuttoMercatoWeb, via Mail)

Arsenal's hierarchy are "100%" behind manager Unai Emery and plan to wait until the summer before making a decision on the Spaniard's future. (The Athletic - subscription required)

The Gunners say Emery is not in imminent danger of being sacked. (The Times - subscription required)

Former Spain manager Luis Enrique, who has been linked with replacing Emery at Arsenal, would not consider a return to management at present. (ESPN)

Tottenham will move for Ajax and Morocco winger Hakim Ziyech, 26, if and when Denmark international Christian Eriksen, 27, leaves the club. (90min)

Brazil international Neymar's father says he will not be holding talks with Barcelona over his son returning to the Nou Camp club and that the 27-year-old forward will be staying at Paris St-Germain. (ESPN Brazil, via Mail)

Chelsea and France midfielder N'Golo Kante, 28, has distanced himself from a move to Real Madrid and says he could finish his career at Stamford Bridge. (Sun)

Inter Milan are interested in 32-year-old Belgium forward Dries Mertens, whose contract with Napoli runs out next summer. The San Siro club are also keen on Paris St-Germain's 28-year-old Thomas Meunier, of Belgium, and his fellow defender Layvin Kurzawa, 27, of France. (Calciomercato)

Wolves forward Adama Traore is at the centre of an international tug-of-war after the 23-year-old was called up by both Spain and Mali. Traore was born in Spain to Malian parents. (Sun)

Leicester City manager Brendan Rodgers has questioned whether he was properly backed by Liverpool's owners during his time in charge at Anfield. (Liverpool Echo)

Middlesbrough manager Jonathan Woodgate has suggested that criticism aimed at him on social media could be coming from Newcastle United and Sunderland fans. (Evening Gazette) 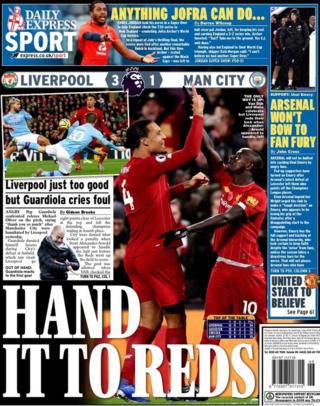