Manchester United have entered the race to sign Paris St-Germain midfielder Adrien Rabiot, 23, this summer. (AS - via Mirror)

Maurizio Sarri's fate as Chelsea head coach is set to be decided in the next fortnight. (Telegraph)

Derby manager Frank Lampard has dismissed rumours suggesting he is a contender to replace Sarri if Chelsea sack their head coach. (Evening Standard)

Juventus' Argentina forward Paulo Dybala, 25, is getting closer to a move to Real Madrid next summer. (AS)

Was Ramsey undervalued at Arsenal?

Watford's Adrian Mariappa says it is a "good thing" midfielder Abdoulaye Doucoure is a target for Paris St-Germain but hopes the club can keep the 26-year-old Frenchman. (Evening Standard)

Arsenal midfielder Mesut Ozil could be decisive in dictating the future of manager Unai Emery, according to the club's former player Ray Parlour. (Metro)

Former Tottenham striker Darren Bent believes the club's South Korean forward Son Heung-Min, 26, could be a target for other clubs during the next transfer window. (Goal)

Tottenham centre-back Juan Foyth, 21, has revealed he turned down Paris St-Germain to join Spurs in 2017. (Goal)

Barcelona wanted to sign Fenerbahce centre-back Martin Skrtel, 34, during the January transfer window, but the former Liverpool player turned down the move. (AS)

Crystal Palace have trolled Australian side Newcastle Jets for launching a similar set of kits to their own. (Talksport) 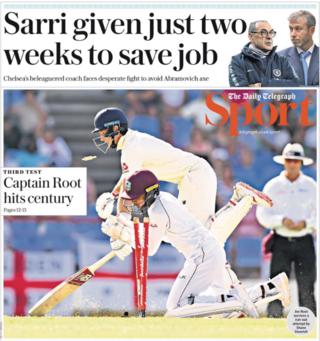