Chelsea are only willing to give 31-year-old Brazil defender David Luiz a 12-month contract extension beyond the summer, which may lead to him looking elsewhere. (Mirror)

Check out Garth Crooks' Team of the Week

Chelsea will look to sell utility player Victor Moses in next month's transfer window, and Crystal Palace and Fulham could bid for the £12m-rated 27-year-old former Nigeria international. (Sun)

Everton's England Under-21 defender Mason Holgate, 22, has been told he can leave the club on loan in January. (Mirror)

Marseille are looking at two Spain full-backs - Arsenal's Nacho Monreal, 32, and Liverpool's Alberto Moreno, 26 - as the French side look to strengthen their squad in January. (France Football - in French)

Liverpool could also be in contention to sign Dembele if they can meet Barcelona's asking price. (El Confidencial - in Spanish)

Everton boss Marco Silva says France midfielder Morgan Schneiderlin still has a future at the club, despite the 29-year-old failing to make the matchday squad in recent weeks. (Liverpool Echo)

Germany coach Joachim Low says his time in charge of the national team is coming to an end and he would be tempted by the opportunity to manage Real Madrid. (Marca)

Reading have made contact with Portuguese club Vitoria de Guimaraes, whose head coach Luis Castro has been linked with the Championship side. (Sky Sports)

Italy defender Matteo Darmian says he is "proud" to be a Manchester United player but misses Italy and Serie A. Juventus, Inter Milan, Napoli and Roma are all said to be interested in signing the 29-year-old. (Gazzetta dello Sport, via Sun) 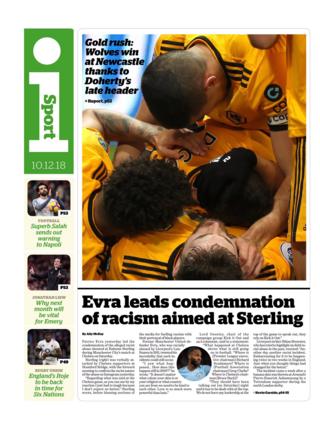 In iSport, Patrice Evra gives his thoughts on the alleged racism aimed at Raheem Sterling