But Liverpool's hopes of signing £60m-rated Ajax defender Matthijs de Ligt look to be over, with the 19-year-old Netherlands international now bound for Barcelona. (Sunday Mirror)

Daniel Sturridge's cousin put a £10,000 bet on him quitting Liverpool in January, which now forms a key part in the FA's investigation into whether the 29-year-old England striker broke strict betting rules. (Sun on Sunday)

Arsenal and Wales midfielder Aaron Ramsey, 27, will earn £10.4m a year if he moves to Juventus. (Sun on Sunday)

Who gets your vote?

These five are up for the BBC African Footballer of the Year award - who is your choice?

Manchester United and England defender Ashley Young, 33, is prepared to take a pay cut to remain at Old Trafford. His current deal expires in the summer. (Sun on Sunday)

Defender Antonio Valencia is keen to join another Premier League club if he does not agree new terms with Manchester United. The 33-year-old Ecuador international is out of contract in the summer. (Metro)

Mourinho is also keen on 27-year-old Brighton defender Lewis Dunk, who made his England debut against the United States on Thursday. (Sunday Express)

Chelsea will not stand in Ruben Loftus-Cheek's way if the 22-year-old England midfielder wants to leave. (Daily Star Sunday)

Liverpool are prepared to sell Brazil midfielder Fabinho, 25, to fund a £70m move for 20-year-old Borussia Dortmund and United States winger Christian Pulisic, who is also a target for Chelsea. (Sunday Mirror)

Former France left-back Patrice Evra is set to return to Manchester United in an ambassadorial role. (Mail on Sunday)

Manchester City are planning to increase the capacity of Etihad Stadium to 63,000 and have met fans to discuss the future development. (Mail on Sunday)

Leeds look set to face bitter rivals Manchester United for the first time in more than eight years during a pre-season tour of Australia next summer. (SBS) 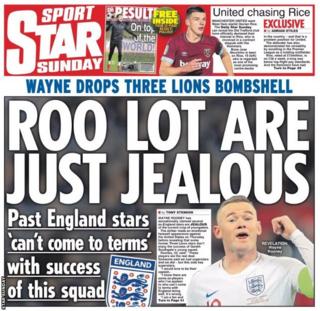