Ramsey is "not a complete midfielder" and the Gunners are right to let him go, says their former player Stewart Robson. (Love Sport Radio)

How Mancini is turning Italy around...

Manchester United's Chile forward Alexis Sanchez, 29, is the lowest he has been since joining the club, after starting Sunday's derby as a substitute. (Sun)

United have renewed their interest in Atletico Madrid and Uruguay defender Diego Godin after failing to sign the 32-year-old on transfer deadline day. (Mirror)

Atletico Mineiro's Brazilian full-back Emerson, 19, is a target for Chelsea and Arsenal. (O Tempo, via Sun)

West Ham may be forced to pay Austria forward Marko Arnautovic, 29, a wage of £200,000 a week in order to keep him at London Stadium, with Manchester United reportedly interested. (Sun)

Brighton's Dutch striker Jurgen Locadia, 25, is ready to quit the Seagulls because he is frustrated over a lack of game time. (Sun)

Juventus' Italy Under-21 striker Moise Kean, 18, does not know whether he will stay at the Serie A club beyond January. (Tuttomercatoweb) 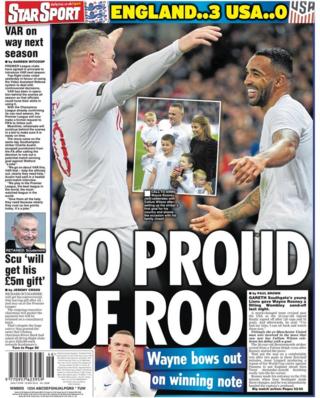