Leicester manager Claude Puel says he is "not thinking" about Mahrez, who has not been seen by the club since his proposed move to Manchester City collapsed on transfer deadline day. (Mail on Sunday)

The Professional Footballers' Association has offered to help to resolve the situation between Algeria international Mahrez and Leicester City. (Sun on Sunday)

Chelsea boss Antonio Conte could be sacked if his side lose at Watford on Monday. (Sunday Express)

Conte has told Chelsea they need two or three truly world-class signings to regain the Premier League title next season, and cites the arrival of too many players as one reason behind their failure to mount a defence of their title this term. (Sunday Telegraph)

Manchester City's 30-year-old England keeper Joe Hart, who is on loan at West Ham, will be a target for Chelsea if Thibaut Courtois, 25, leaves the club in the summer. (Sun on Sunday)

Chelsea midfielder Ross Barkley, 24, may have suffered a hamstring injury which, if confirmed, would make the Englishman the eighth player at the club to suffer such a problem this season. (Sunday Telegraph)

Tottenham's England striker Harry Kane, 24, is ready for a move to Real Madrid but his club and international team-mate Dele Alli, 21, is not, according to ex-Liverpool midfielder Graeme Souness. (Sunday Times - subscription required)

Real Madrid are prepared to raise Cristiano Ronaldo's salary to 30m euros a year from this summer, putting the 32-year-old Portugal forward alongside Neymar in terms of annual earnings. (ABC, via Marca)

Napoli have joined the pursuit of Mauro Icardi, the 24-year-old Inter Milan and Argentina striker who has been linked with Manchester United and is wanted by Real Madrid. (AS)

Edin Dzeko says he snubbed Chelsea in order to stay at Roma because of his "unreal" life in Italy, though the 31-year-old Bosnia and Herzegovina forward says the Blues' interest was a "compliment". (Klix, via Mail on Sunday)

Everton have given former caretaker boss David Unsworth, their Under-23 coach, permission to speak to Oxford United about their managerial vacancy. (Sky Sports)

Toffees boss Sam Allardyce says he has relegated new signing Cenk Tosun to the bench because the 26-year-old Turkey forward is struggling to adapt to the Premier League. (Liverpool Echo)

Mourinho has set his sights on signing Bayern Munich's Chilean midfielder Arturo Vidal, 30, in the summer amid concerns about his lack of options in the centre. (Manchester Evening News)

Liverpool boss Jurgen Klopp insists striker Sadio Mane is not jealous of fellow forward Mohamed Salah and that the Senegalese and the Egyptian "are best friends". (Sunday Mirror)

Klopp says he does not feel under pressure from Liverpool's owners as they don't say, "next year, you be champions or you can go" but rather "it's outsiders who say, 'if he doesn't bring silverware in, he's under pressure'." (Mail on Sunday)

Crystal Palace's Mali international forward Bakary Sako, 29, ruled out for the rest of the season with a fractured ankle and damaged ligaments, has sent a message of optimism on social media. 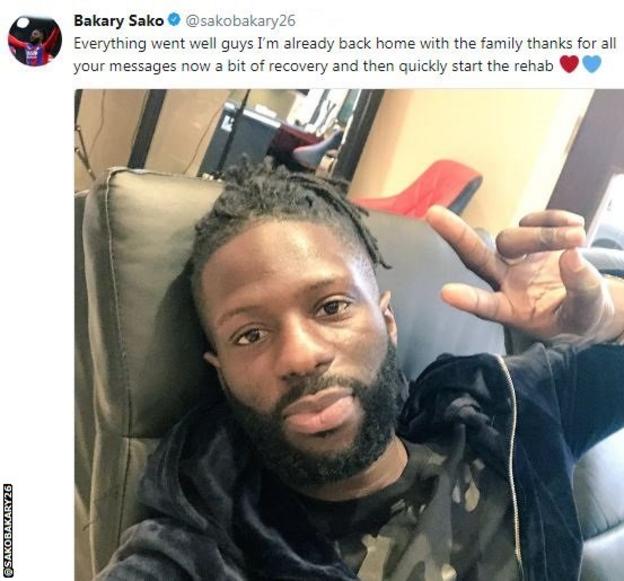 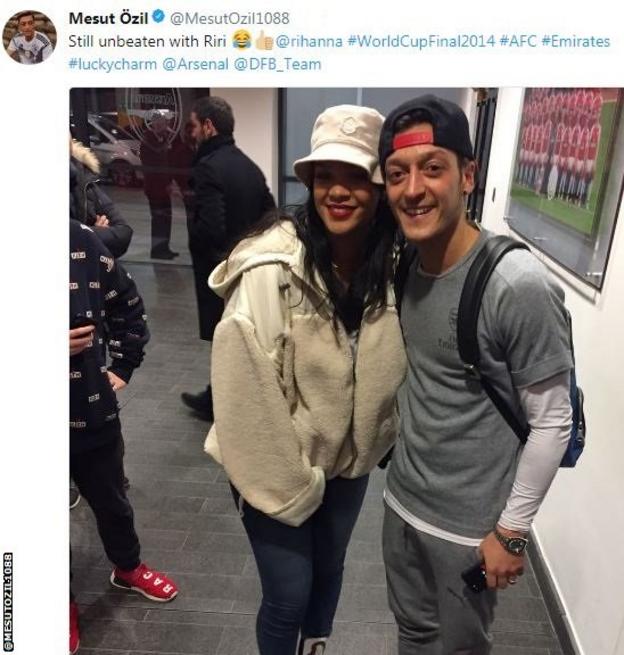 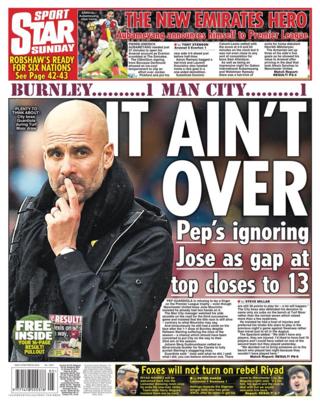 Former Everton and Southampton manager Ronald Koeman will be named the new coach of the Netherlands next Friday. The 54-year-old Dutchman has been out of work since he was sacked by Everton in October. (De Telegraaf - in Dutch)