The Blues are ready to make a £50m bid for Southampton defender Virgil van Dijk this week in an attempt to fend off interest from Liverpool. (Daily Star)

Manchester United will meet the £36.5m release clause of Barcelona midfielder Sergi Roberto, 25, if he pushes for a move away from the Spanish club. (Don Balon via Daily Express)

Meanwhile, Antoine Griezmann, 26, would be unhappy if Atletico Madrid sell goalkeeper Jan Oblak and could consider a move to Manchester United. (Don Ballon - in Spanish)

Leicester City will turn down a £31.8m bid for Riyad Mahrez, 26, from Roma as they are determined to have their £50m valuation met. (Mirror)

Manager Jurgen Klopp says Liverpool need to strengthen their squad before the end of the transfer window. (Liverpool Echo)

The Liverpool boss is also considering Napoli forward Lorenzo Insigne, 26 as a replacement for Philippe Coutinho amid interest from Barcelona. (Express)

Tottenham could step up interest in Lazio forward Keita Balde, 22, after he was left out of his club's Supercoppa Italiana squad. (Mirror)

Paris St-Germain winger Jese Rodriguez, 24, has rejected a loan move to Fiorentina and is now set to join Stoke in a temporary deal. (Sun)

Everton manager Ronald Koeman says he will not stand in the way if midfielder Gareth Barry, 36, wants to leave this summer. (Liverpool Echo)

West Brom could let Nacer Chadli, 28, leave but only if they find a suitable replacement amid interest from Swansea. (Express and Star)

Paul Clement wants the Premier League to shut the transfer window before the start of the season as he continues to fight off interest in Swansea forward Gylfi Sigurdsson, 27. (Daily Mail)

Schalke are in talks with Chelsea over bringing defender Baba Rahman, 23, back on loan. (Sky Sports)

Newcastle have stepped up their attempts to sign Arsenal's 25-year-old midfielder Jack Wilshere, who is resigned to leaving after being left out of the squad for the season-opening win over Leicester. (Sun) 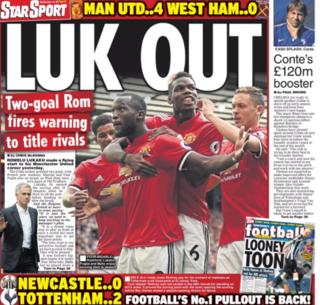 Paul Pogba tweeted his delight at seeing team-mate Romelu Lukaku, 24, score twice on his debut for Manchester United in the 4-0 win over West Ham. 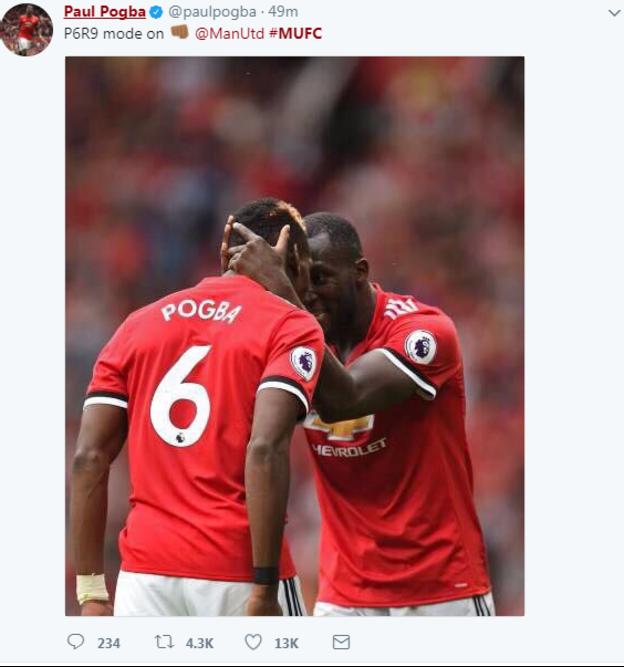 Manager Ronald Koeman says Everton re-signed Wayne Rooney, 31, because of his winning mentality, after he scored in their 1-0 victory overStoke. (Liverpool Echo) 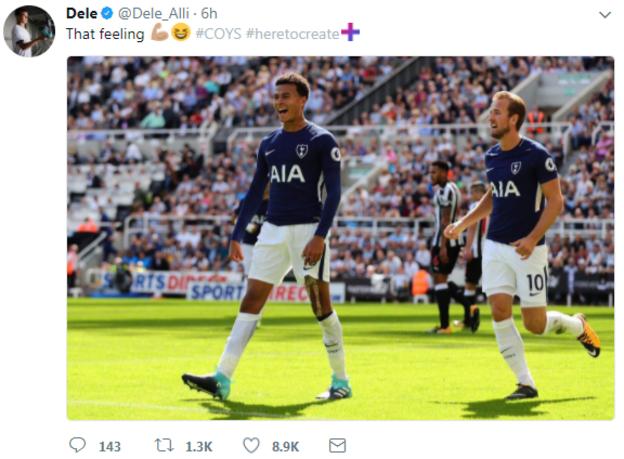 Chelsea manager Antonio Conte is furious with midfielder Cesc Fabregas, 30, for being sent off in the defeat by Burnley, having told his players at half-time to maintain their discipline. (Times - subscription required)

Huddersfield striker Steve Mounie, 22, says ex-Chelsea forward Didier Drogba is his "idol" and, after scoring two debut goals in a 3-0 win over Crystal Palace, added that he has a "similar style" to the former Ivory Coast international. (Guardian)

Southampton midfielder Steven Davis, 32, says the club's players would welcome Virgil van Dijk back with "open arms", despite the central defender not being involved with the first team after submitting a transfer request. (Daily Star)

Barcelona will return with an offer in excess of £100m for Brazil international Coutinho. (Sunday Express)

Chelsea will make a second bid of around £25m for Leicester midfielder Danny Drinkwater, 27, this week after having a £15m offer turned down by the Foxes earlier this summer. (Sunday Telegraph)