Manchester United are tracking the situation at Real Madrid and are poised to make a £90m offer for Wales international Bale. (Daily Star)

But Red Devils boss Jose Mourinho is convinced he can sign Bale for less than £90m. (Don Balon, via Daily Express)

Costa's lawyer has threatened legal action against Chelsea after the Blues vetoed a loan move to Italian side AC Milan before a January return to former club Atletico Madrid, after the Spanish side's transfer ban ends. (Mirror)

French champions Monaco are preparing a £45m bid for Arsenal and Chile forward Alexis Sanchez, 28, who is entering the final year of his contract with the Gunners. (Sun)

Southampton defender Virgil van Dijk, 26, is likely to miss the opening of the Premier League season with his future looking increasingly uncertain. (Telegraph)

Chelsea are ready to challenge Liverpool for Van Dijk by offering Saints £50m for the Netherlands centre-back. (The Times - subscription required)

The Black Cats are in advanced talks with Aston Villa over a loan for Scottish striker Ross McCormack, 30. (Daily Mail)

Newcastle will face competition from a host of clubs for the signature of 28-year-old Arsenal forward Lucas Perez. (Talksport)

Tottenham midfielder Moussa Sissoko, 27, is in talks over a loan move to Turkish side Trabzonspor. (Evening Chronicle)

Watford have made an enquiry about Liverpool's 25-year-old left-back Alberto Moreno. (IBTimes)

The Hornets hope to bring in Everton's 30-year-old winger Aaron Lennon on loan before the new season starts. (Watford Observer)

Bournemouth have had a bid of around £20m for winger Demarai Gray, 21, rejected by Leicester. (Sky Sports)

But the Cherries could return with an improved offer for England Under-21 international Gray. (Daily Star)

Arsenal forward Alexis Sanchez kissed the club badge in front of the cameras during training on Thursday. (Telegraph)

The Gunners' Emirates Stadium has gone 100% 'green' by switching to renewable energy. (IBTimes)

As Neymar signs a world record deal with Paris St-Germain, Sir Stanley Matthews' first professional contract with Stoke City is going up for auction. His weekly wage was £5. (Stoke Sentinel) 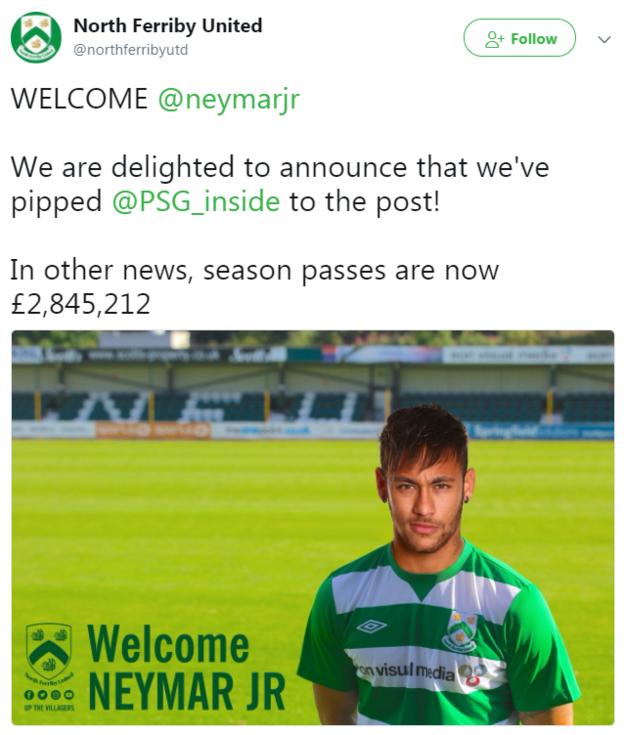 PSG attacking midfielder Javier Pastore has offered Neymar his number 10 shirt, saying: "I want to make him feel comfortable and happy from day one." (PSG website)

Two lower-tier American teams have asked the Court of Arbitration for Sport to impose promotion and relegation on the US football pyramid. (NBC) 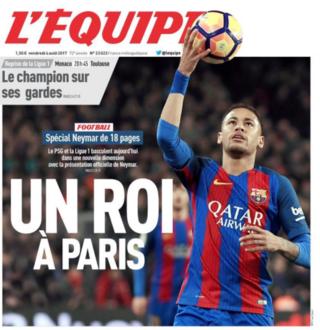 Monaco's 18-year-old forward Kylian Mbappe has decided to leave the club, with Real Madrid, Manchester City and Paris St-Germain in the race to sign him. (L'Equipe - in French)

Barcelona have already made contact with Monaco over a move for the highly rated French forward. (Le10Sport - in French)

And the Spanish club will use the money from Neymar's sale to fund moves for Chelsea attacking midfielder Eden Hazard, 26, and Liverpool forward Philippe Coutinho, 25. (Sun)

Chelsea are in no hurry to sell Costa and are determined to hold out for their asking price. (Daily Star)