And the Blues boss has been handed a huge transfer boost as Napoli's Club president says £60m-rated defender Kalidou Koulibaly, 25, can join the London club in the summer. (Express)

Aaron Ramsey says Arsenal want to win the FA Cup for Arsene Wenger after admitting that he and his team-mates let their manager down in the Premier League this season. (Evening Standard)

And Gunners boss Wenger has insisted that striker Alexis Sanchez, 28, will be at the club next season. (Sun) 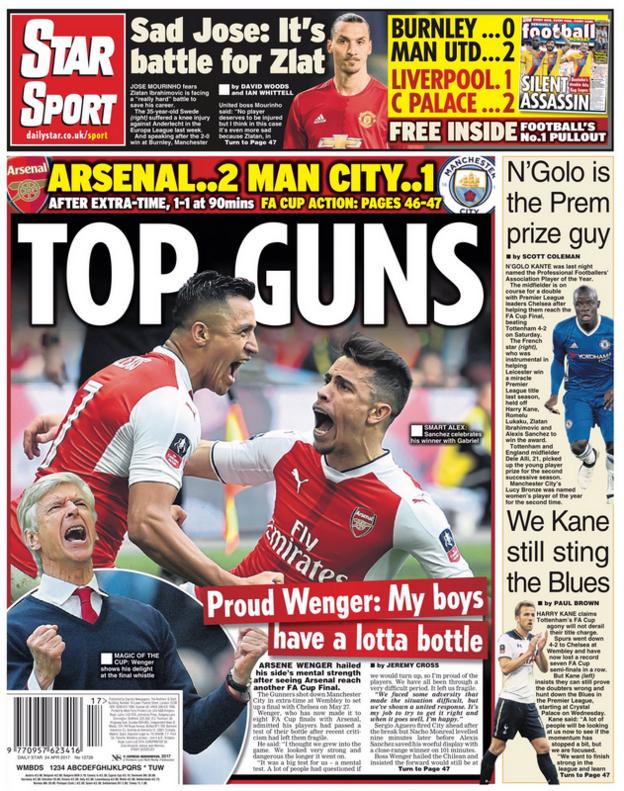 Manchester United fear midfielder Paul Pogba, 24, will miss Thursday's league match at Manchester City after he hobbled off injured at the end of Sunday's 2-0 win over Burnley. (Daily Mail)

Tottenham striker Harry Kane, 23, believes his side will remain mentally strong in the Premier League title race, despite losing to leaders Chelsea in the FA Cup semi-finals on Saturday. (London Evening Standard)

Hartlepool boss Dave Jones has been sacked, a day after TV presenter and Hartlepool president Jeff Stelling called on him to "quit now" in an impassioned on-air message. (Northern Echo)

Everton are having to explore alternatives to Burnley defender Michael Keane, 24, after Manchester United entered the race to sign him. (Liverpool Echo) 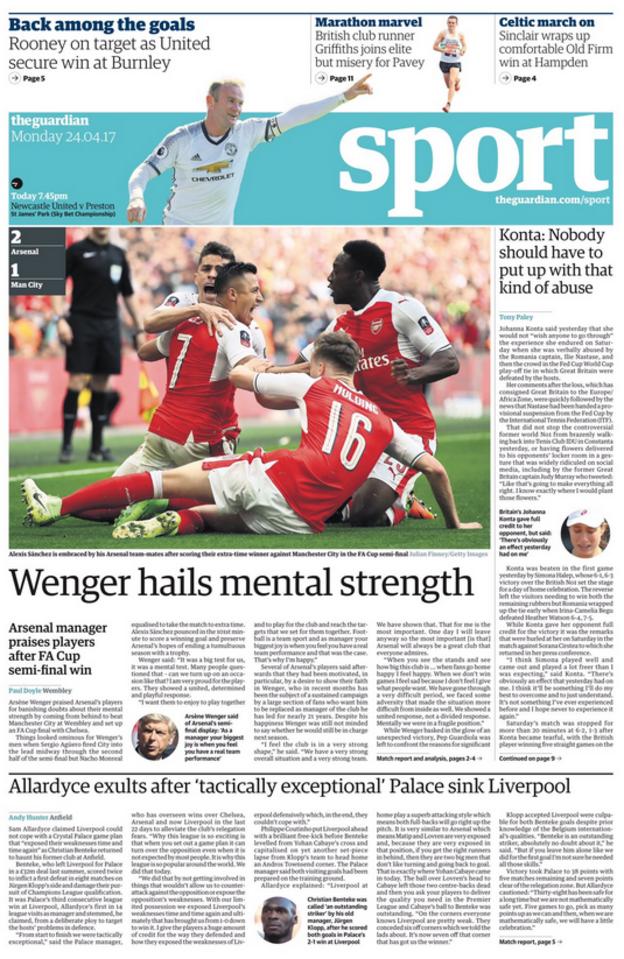 Bournemouth manager Eddie Howe has revealed that changing the colour of his side's nets to white played a role in their thumping of Middlesbrough on Saturday.(Daily Mail)

Wolves plan to take up an option to sign on-loan striker Andreas Weimann, 25, from Derby for £1.5m. (Mirror)

Southampton, Bournemouth and Liverpool sent scouts to watch Henry Onyekuru play for Belgian side Eupen on Saturday. The coveted 19-year-old striker is a contender for Belgium's player of the year award.(Daily Mail)

West Ham boss Slaven Bilic will delay his hip surgery in order to get his side over the 40-point mark. (Telegraph)