David Moyes faces the sack if he fails to get his first Premier League win as Sunderland manager at Bournemouth on Saturday, when he will be serving a touchline ban. (Mirror)

A report in Spain alleges Arsenal forward Alexis Sanchez, 27, has been accused of tax evasion, after failing to pay tax on 983,443 euros (£888,246) during his time with Barcelona. (El Periodico - in Spanish)

United are concerned their 19-year-old striker Marcus Rashford is suffering from fatigue. (Sun)

Mourinho wants United to back him with a £50m move for Atletico Madrid defender Jose Gimenez, 21. (Mirror)

Chelsea may be willing to pay some of 29-year-old midfielder Cesc Fabregas' £160,000-a-week wages in order to push through a loan move in January.(Independent)

However, Fabregas wants to stay at Stamford Bridge, despite having started just one league game this season under Antonio Conte.(Sun)

West Ham will widen the segregation between home and away fans at the London Stadium on Saturday, when they host Stoke City, in a bid to prevent further crowd trouble.(Mail)

Everton winger Yannick Bolasie, 27, says he and striker Romelu Lukaku, 23, speak Lingala, a language of the Democratic Republic of the Congo, so opposition players cannot understand what they say.(Liverpool Echo)

Stoke's 30-year-old midfielder Charlie Adam is "desperate" to return to the Scotland squad, having been overlooked for much of Gordon Strachan's time in charge. (Talksport)

Manchester City have been scouting Palmeiras' 22-year-old defender Yerry Mina, but Barcelona have first option on the Colombian.(Mail)

The Manchester City dressing room was full of smiles after Tuesday's 3-1 victory over Barcelona in the Champions League. Midfielder Ilkay Gundogan, who scored twice, sets the scene... 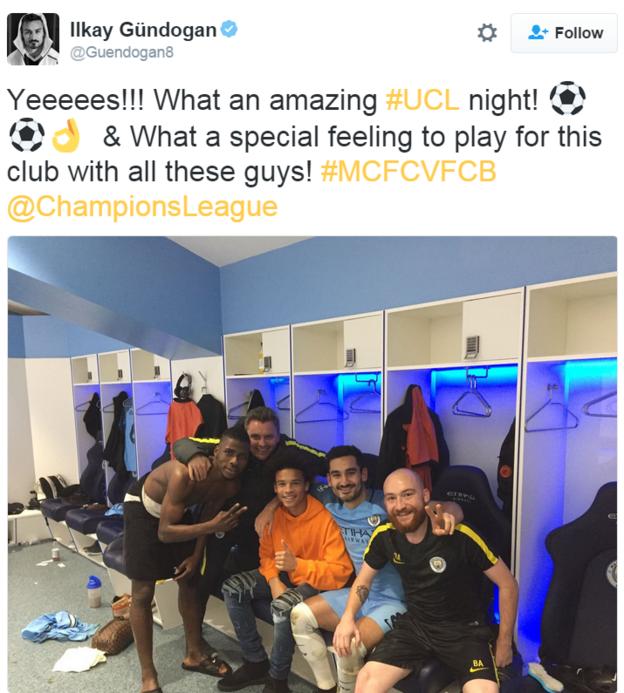 Tottenham striker Harry Kane, out since September, was happy to get back to training before Saturday's derby against Arsenal. 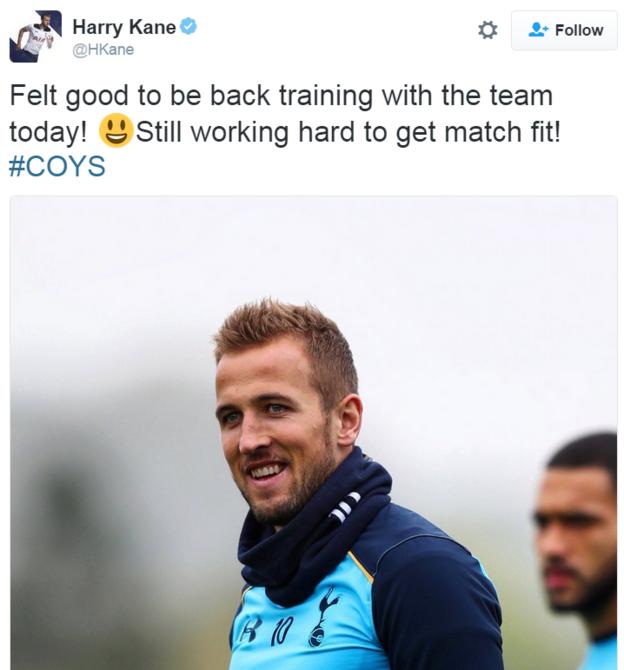 The Gunners came from 2-0 down to beat Bulgarian champions Ludogorets Razgrad in the Champions League on Tuesday, and Mesut Ozil's late strike was quite a goal... 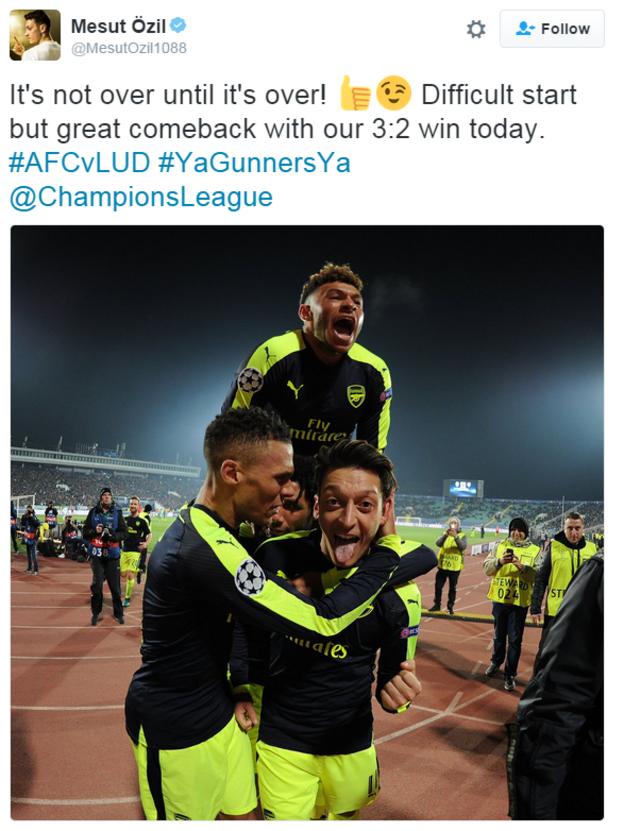 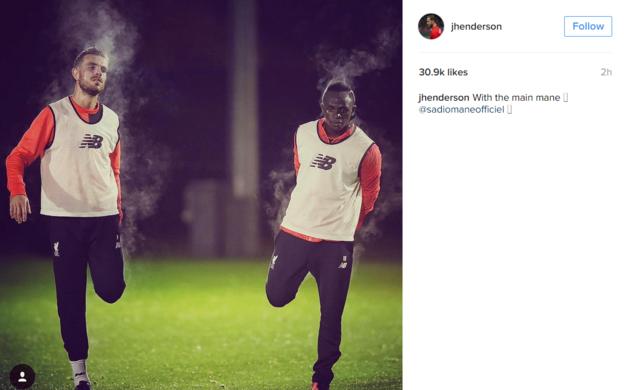 Arsenal are the Premier League club with the most money to spend, according to the new Football Manager game, which gives the Gunners £67.1m at the start of the 2016-17 season.(Daily Mirror)