Manchester City want to sign 13-year-old Celtic playmaker Karamoko Dembele, who has appeared for the Hoops' Under-20s side. (Sun)

AC Milan are monitoring Michy Batshuayi's situation at Chelsea with the 23-year-old Belgium striker yet to start a league game for the Blues since his £33m summer transfer. (Mirror)

Leicester forward Riyad Mahrez, 25, has confirmed Arsenal tried to sign him in the summer but the Algeria international says he has no regrets over staying at the King Power Stadium. (Canal+ via ESPN)

Manchester City forward Sergio Aguero, 28, will have a scan for a calf injury picked up during a training session with Argentina. (Daily Star)

West Ham's Turkey winger Gokhan Tore, 24, has been ruled out for five weeks with a leg injury. (Sun)

Manchester United target Isco, the 24-year-old Spain midfielder, has hinted he may leave Real Madrid at the end of the season. (Manchester Evening News)

Barcelona forward Lionel Messi, 29, will return from a groin injury to face Deportivo La Coruna on Saturday and will be fit for next week's match against Manchester City in the Champions League. (Mundo Deportivo via Reuters)

Arsenal defender Per Mertesacker has described Bastian Schweinsteiger's treatment by Jose Mourinho as "perverse" after the 32-year-old former Germany international was exiled from the Manchester United first team. (Kicker via the Independent)

Liverpool midfielder Philippe Coutinho feels fellow Brazilian Gabriel Jesus, 19, will have no difficulty in adapting to life at Manchester City when the new signing arrives in January. (Manchester Evening News)

Former Aston Villa boss Remi Garde, 50, has said he would return to England "under better conditions" and said the Villa Park job "looked like a trap" in hindsight. (TF1 - in French)

USA manager Jurgen Klinsmann, 52, has hit back at new Swansea manager Bob Bradley, 58, who accused the German of "jockeying" for his national team job before he was sacked in 2011. (Goal)

Manchester United are open to the idea of safe standing at Old Trafford, similar to what has been incorporated at Celtic's Parkhead.(Daily Mail)

Meanwhile, Premier League side Hull are ready to make forward Abel Hernandez, 26, the highest earner at the club in bid to ward off January suitors.(Mirror)

Juventus full-back Patrice Evra has the cure for the Monday blues. The France international has filmed himself on Instagram asking "why people hate Mondays" before singing along to the Marvin Gaye classic Ain't No Mountain High Enough. 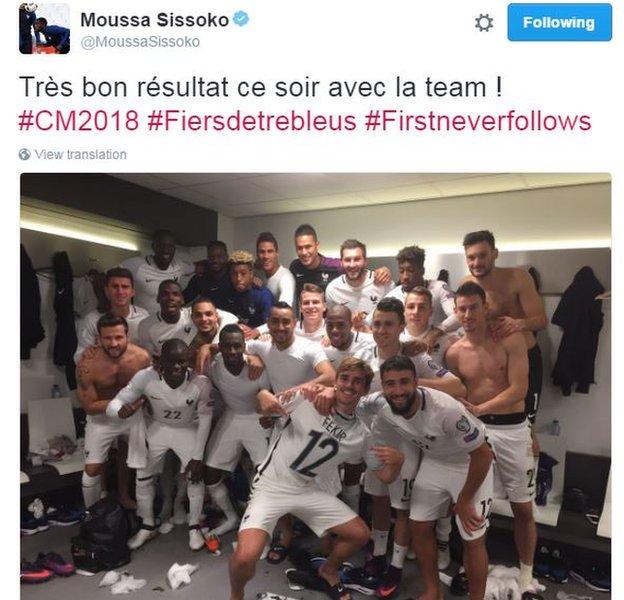 Former Sunderland chairman Niall Quinn had "no idea who James McClean was" before he signed his Republic of Ireland compatriot for the north-east club in 2011. (Sky Sports)

Manchester City's academy players are apparently not allowed to play in colourful footwear - only black - in a bid to keep them grounded. (Daily Mail)