Sergio Aguero, 28, has reportedly signed a one-year contract extension at Manchester City, and the Argentina forward has promised to help the club secure the Champions League trophy. (Daily Mirror)

Ross Barkley has been told to up his game by Everton manager Ronald Koeman, after the 22-year-old midfielder played just 45 minutes of Monday's 3-0 win at Sunderland. (Guardian)

Juventus' 29-year-old defender Leonardo Bonucci admits he was tempted by the prospect of joining Manchester City in the summer. (Gazzetta dello Sport - in Italian)

Chelsea's Cesc Fabregas is a target for Italian giants AC Milan, who are in discussions over a January loan deal for the 29-year-old Spain midfielder. (Sun)

Chelsea's Diego Costa, 27, has been warned by manager Antonio Conte to watch his behaviour after picking up three yellow cards this season. (Daily Star)

Tottenham midfielder Moussa Sissoko, 27, says it was the prospect of Champions League football that led him to turn down Everton and join Spurs from Newcastle on deadline day. (Guardian)

West Brom manager Tony Pulis will meet new owners Guochuan Lai to discuss his future at the club after a disagreement with chairman John Williams over their summer transfer activity. (Sun)

Lyon appear not to have given up on the signing of 32-year-old former Arsenal, Manchester City and Tottenham forward Emmanuel Adebayor, who is a free agent after leaving Crystal Palace in the summer. (L'Equipe - in French)

Atletico Madrid's France striker Antoine Griezmann, 25, says he is doing away with professional representation and will instead seek advice from his father and his mentor. (Metro via L'Equipe)

Sunderland may not be able to lure Norwich forward Steven Naismith, 30, to the Stadium of Light despite manager David Moyes' reported interest in the Scot. (Chronicle Live)

Stoke City manager Mark Hughes' charge of improper conduct from the Football Association has highlighted a disagreement between the FA and the Premier League over the use of mobile phones. (Daily Mirror)

Tottenham will play all their European matches at Wembley this season, even if they drop into the Europa League, after a record home attendance for their Champions League game against Monaco. (Times)

Everton are targeting 18-year-old Juventus midfielder Grigoris Kastanos, with Manchester United also interested in the teenager, who has yet to make a first-team appearance. (Independent)

Former Aston Villa midfielder Stiliyan Petrov, 37, says he was "hurt" after being denied a contract with the Championship side, following his treatment for leukaemia. (Talksport)

He may have been left out of the Europa League squad but midfielder Bastian Schweinsteiger, 32, was a keen observer of Manchester United's group opener against Feyenoord.

Manchester United hit a wall of sorts during the Feyenoord game, after their team bus encountered a similar problem. 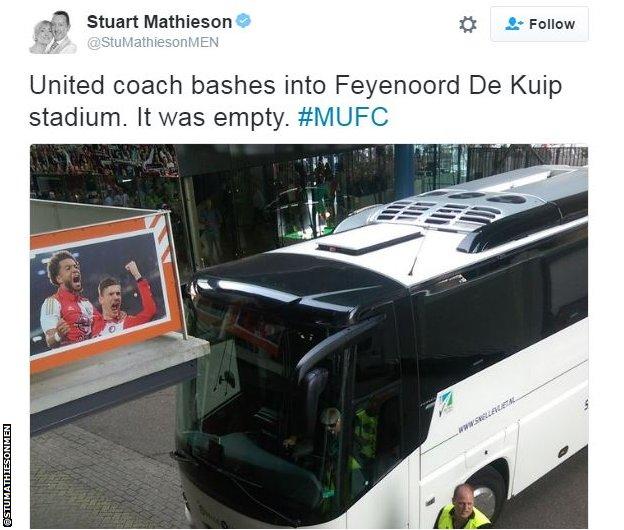 Bayern Munich's Jerome Boateng logged on to Instagram to show off his latest tattoos - "happy" and "sad" masks on his legs. 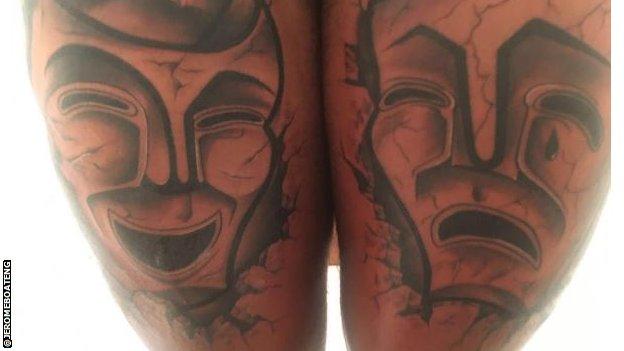 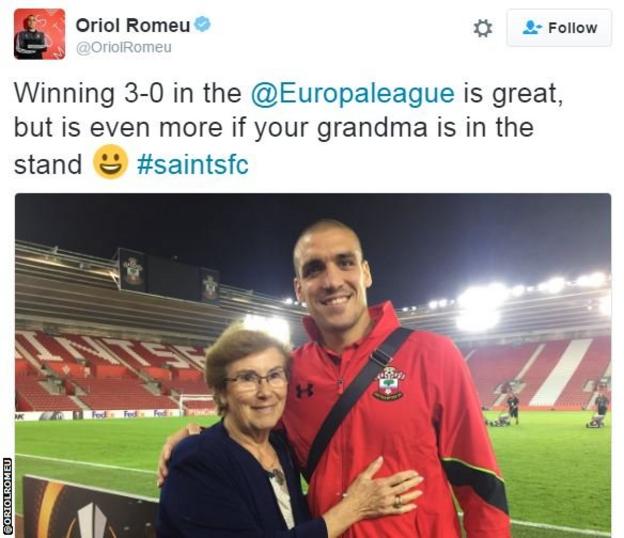 Former England midfielder Paul Gascoigne was in dapper mode as he prepares for a speaking tour this month. 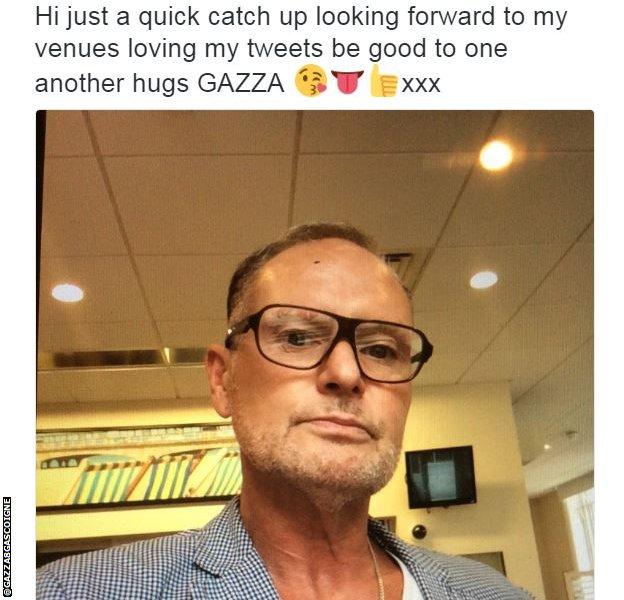 Arsenal's Hector Bellerin is waiting by the phone to hear from Usain Bolt, after claiming he challenged the Jamaican sprint legend to a race. (Daily Mail)

Well before turning heads with a win against Manchester United, Feyenoord were garnering attention for their commemorative half-and-half hoodies for the Europa League fixture. (Sun)