Brazil forward Neymar, 24, was close to joining Manchester United or Paris St-Germain in the summer but chose to stay at Barcelona on less money, says his agent. (Daily Mail)

Manchester City boss Pep Guardiola says he was always "clear and direct" with Manchester United striker Zlatan Ibrahimovic, 34, during their time together at Barcelona, despite the Swede claiming otherwise. (Daily Mirror)

Guardiola is convinced he will be justified in having made Germany midfielder Ilkay Gundogan, 25, his first summer buy at City after dropping interest in fellow midfielder Paul Pogba, 23, who joined Manchester United. (Manchester Evening News)

Meanwhile, Guardiola and his Manchester United rival Jose Mourinho have ended their eight-year feud ahead of Saturday's first Manchester derby of the season by shaking hands at a meeting of Premier League managers. (Sun)

Manchester United's hopes of signing Juventus centre-back Leonardo Bonucci could be over, with the 29-year-old set to sign a new contract. (Manchester Evening News)

Napoli defender Kalidou Koulibaly, 25, is set to sign a new deal with a £76m release clause, just weeks after Chelsea and Everton were linked with him. (Sport Mediaset, in Italian)

Arsenal manager Arsene Wenger has backed midfielder Jack Wilshere, 24, to be a future Gunners boss, despite loaning him to Bournemouth. (Daily Mirror)

Crystal Palace boss Alan Pardew has denied that he signed striker Jonathan Benteke, 21, just to keep big brother Christian happy and the pair could line up together against Middlesbrough on Saturday. (Sun)

West Brom boss Tony Pulis says the five players chairman John Williams claimed he was "happy with" were not the "marquee players" he wanted to sign. (Times - subscription required)

The prospect of a breakaway tournament of Europe's best clubs has only increased following Uefa's reforms of the Champions League, according to the head of Spain's La Liga. (Daily Telegraph)

After helping Iceland knock England out at Euro 2016, Swansea midfielder Gylfi Sigurdsson, 27, expects the country's footballers to get even better as "facilities and coaching have improved a lot". (Daily Telegraph)

Everton have been told it will cost them in the region of £30m to acquire land for a new stadium on the banks of the River Mersey and an announcement could be made in a couple of months. (Guardian)

Manchester United forward Memphis Depay is hoping to paint the city red on Saturday by winning the derby against Manchester City. 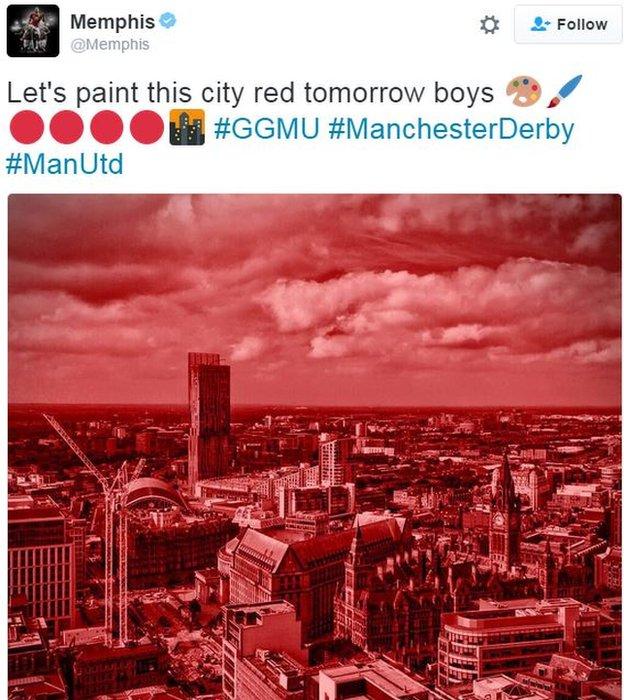 Tottenham manager Mauricio Pochettino says he will never regrow the ponytail for which he was known during his playing career. (London Evening Standard)

Jose Mourinho helped develop a strong bond with his backroom staff by leaving his business class seat on the club's flight back from their pre-season tour to China and joining them in the economy section. (Metro)