Eight of the England players who started in the 2-1 loss to Iceland at Euro 2016 have been picked by new manager Sam Allardyce for their opening World Cup 2018 qualifier in Slovakia on Sunday. (Daily Star)

The FA has sought reassurance from Slovakian officials ahead of Sunday's game at the Stadion Antona Malatinskeho after learning that club side Spartak Trnava, who are based there, have been punished for racist behaviour by fans in a Europa League tie. (Daily Express)

Agent Mino Raiola made 30m euros (£25.17m) from the summer transfers of his players Zlatan Ibrahimovic, Paul Pogba and Henrikh Mkhitaryan to Manchester United - more than Real Madrid forward Cristiano Ronaldo makes in a year. (AS)

Midfielder Jack Wilshere, 24, who joined Bournemouth on a season-long loan from Arsenal on transfer deadline day, received a call from former England captain David Beckham offering guidance before deciding on the Cherries. He could feature in Saturday's testimonial for ex-Bournemouth defender Warren Cummings - against AC Milan, one of the clubs Wilshere reportedly turned down. (Daily Mirror)

Zenit St Petersburg midfielder Axel Witsel, 27, regrets not moving from the club during the transfer window, when he was a reported target for Everton and Juventus. (RTBF - in French)

Christian Benteke's brother Jonathan has joined him at Crystal Palace. The 25-year-old's brother, 21, who is also a striker, has been added to the Eagles' development squad after leaving Belgian side Zulte Waregem. (Daily Mail)

Swansea City missed out on the chance to sign 22-year-old defender John Stones from Barnsley, three years before he made a £50m move to Manchester City from Everton. (Wales Online)

New Tottenham midfielder Moussa Sissoko, 27, says he was never close to signing for Everton on transfer deadline day when he left Newcastle. (L'Equipe - in French)

Striker Olivier Giroud, 29 says he has "no problem" with manager Arsene Wenger's decision to leave him out of the starting line-up for Arsenal's opening three league games. (Evening Standard)

And the Baggies could sign another midfielder soon, with former Liverpool star Momo Sissoko, 31, set to appear in a friendly against Delhi Dynamos on Saturday. The Mali international can move outside the transfer window as he is an unattached free agent after leaving Shanghai Shenua. (Daily Mail)

Yaya Toure's agent Dimitri Seluk says the 33-year-old midfielder is "pleased" to stay at Manchester City, despite his lack of first-team opportunities under new manager Pep Guardiola. (Sport Express in Russia - via Goal.com)

Arsenal attacking midfielder Alex Oxlade-Chamberlain tweeted a photo to show he is enjoying a better view than the one he sees from the substitutes' bench. Oxlade-Chamberlain was not selected by England manager Allardyce when he named his first squad, so instead he gets to enjoy a short break. 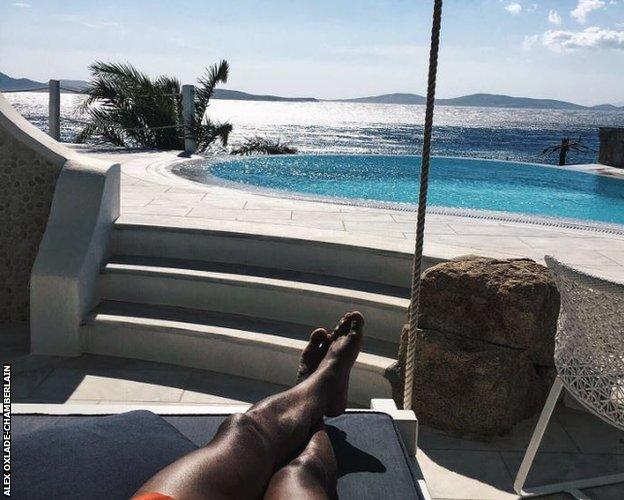 Someone who is on international duty is Aston Villa midfielder Jack Grealish - he is preparing for England Under-21s' match against Norway next Tuesday with a spot of table tennis against Leicester defender Ben Chilwell. 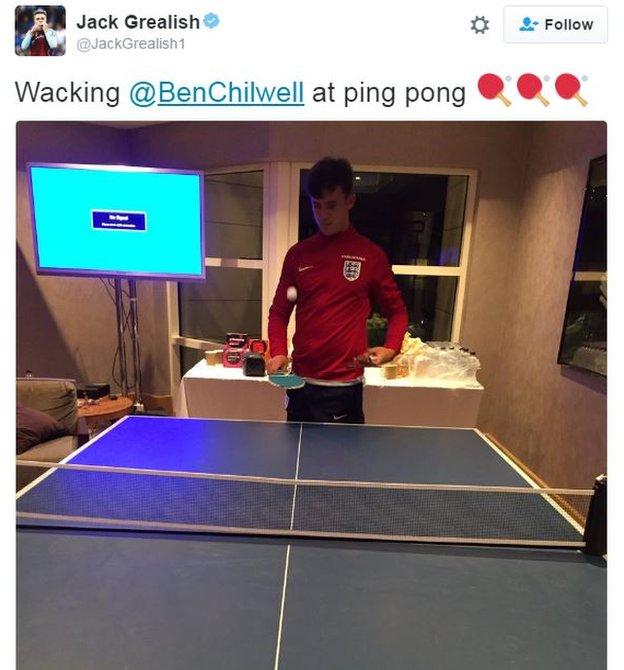 Manchester United midfielder Ander Herrera has revealed he could not share a room with his team-mate and goalkeeper David De Gea because he plays "horrible" music. (Unscriptd)