The Blues are ready to make a £25m bid for Juventus and Italy centre-back Giorgio Chiellini, 32. (Sun on Sunday)

United defender Cameron Borthwick-Jackson, 19, is wanted on loan by Wolves. (Mail on Sunday)

A state-backed Chinese group is planning to buy a stake in Liverpool. (Sky News)

The £800m takeover bid backed by the Chinese government has the potential to make the Reds the richest club in the Premier League. (Sunday Times)

Leicester are ready to switch their attention to Dynamo Kiev defender Aleksandar Dragovic, 25, after having a £15m bid rejected for Burnley defender Michael Keane, 23. (Sunday Mirror)

Manchester City's England goalkeeper Joe Hart, 29, has been told face-to-face by director of football Txiki Begiristain that it would be in everyone's best interests if he left the club during the current transfer window. (Mail on Sunday)

The England international's City career is all but over after Barcelona revealed on Saturday that the clubs are close to a deal for the transfer of goalkeeper Claudio Bravo, 33. (Sunday Telegraph)

Wenger has added Fiorentina's Davide Astori, 29, to a list of potential centre-backs he wishes to sign. (Gazza Mercato - in Italian)

Sunderland boss David Moyes has banned defender Lamine Kone, 27, from the club until the transfer window closes after he rejected the offer of a new contract. (Sun on Sunday)

Tottenham have reached an agreement with Marseille over the £11m transfer of 21-year-old winger Georges-Kevin N'Koudou, with Clinton N'Jie, 23, heading in the opposite direction. (Sunday Express)

Inter Milan boss Frank de Boer is interested in signing 27-year-old Newcastle midfielder Moussa Sissoko, who is valued at £35m and is also wanted by Arsenal and Everton. (Goal.com)

Manchester City boss Pep Guardiola has warned his defenders that "one mistake and you're out". (Manchester Evening News)

A Millwall fan has been arrested for stealing a match ball during Saturday's 2-1 League One win over Sheffield United at The Den. (Goal.com)

The person running Christian Benteke's Twitter account appeared to get a little confused over the striker's destination, writing in his bio that the Belgium international had signed for Burnley and not Crystal Palace. Benteke was quick to correct the mistake. 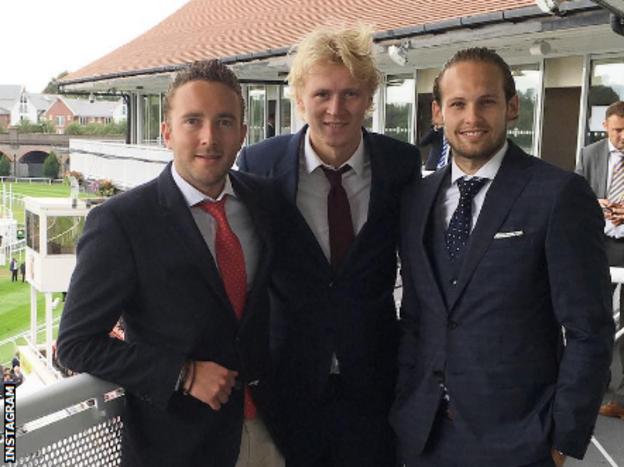 Brazil striker Neymar thanked the heavens after his penalty shoot-out clincher gave the host nation their first Olympic gold medal in men's football. "To you all honour and glory", he wrote on Twitter. (Twitter) 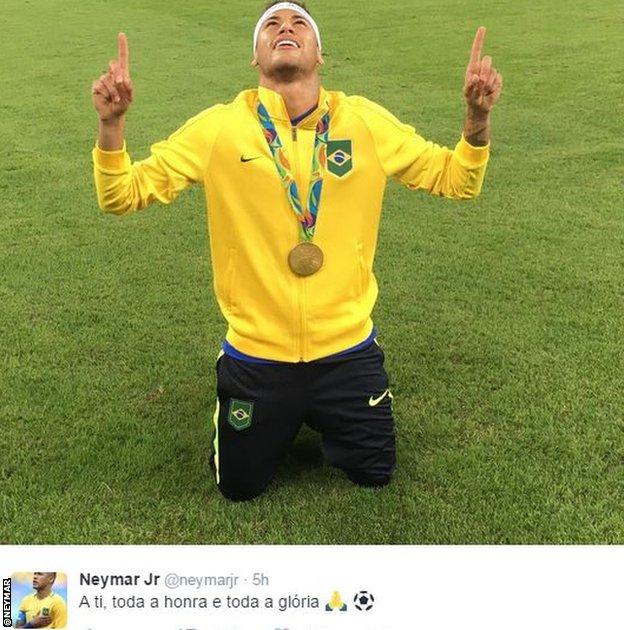 There was no place for Cristiano Ronaldo in the 'real' Ronaldo's all-time XI.(FATV)

It may be August but Stoke midfielder Giannelli Imbula wore gloves against Manchester City on Saturday.(Mail on Sunday)