For the latest rumours, gossip and debate check out our Sportsday rolling news service, and for a list of all the completed deals, see our transfers page

Manchester City are refusing to let England goalkeeper Joe Hart leave on loan and want more than £30m for the 29-year-old. (Sun)

Joe Hart began to fear for his future at Manchester City in May. (Manchester Evening News)

Joe Hart will join Everton on loan because Manchester City have moved a step closer to signing Chile keeper Claudio Bravo, 33, from Barcelona in a £17.4m deal. (Daily Mirror)

Barcelona will sign Ajax and Netherlands goalkeeper Jasper Cillessen, 27, as a replacement for Claudio Bravo. (Telegraaf - in Dutch)

However, Arsenal will have to pay Jose Gimenez's release clause of 65m euros (£56m). (Marca)

Stoke midfielder Joe Allen, 26, says he found out he was leaving Liverpool after a text from a friend and that the Reds could have handled his exit better. (Daily Telegraph)

Swansea are looking to Italy's Serie A as they try to replace 31-year-old Wales defender Ashley Williams, who has joined Everton. (Wales Online)

West Brom will only give up on signing Ghana full-back Jeffrey Schlupp if the 23-year-old signs a new deal at Leicester. (Birmingham Mail)

Everton manager Ronald Koeman has told Oumar Niasse he needs to leave the club for the sake of his career. Hull are said to be interested in the 26-year-old Senegal striker. (Liverpool Echo)

Arsenal striker Danny Welbeck, 25, is ahead of schedule in his recovery from a knee injury and could play again in 2016. (Daily Express)

Colombia striker Carlos Bacca says he will stay at AC Milan this season. The 29-year-old has been linked with West Ham. (AC Milan website)

Tottenham have moved again for Espanyol's Spanish goalkeeper Pau Lopez. The London club have already failed with a £3m bid for the 21-year-old and will now try to sign him on a season-long loan. (Evening Standard) 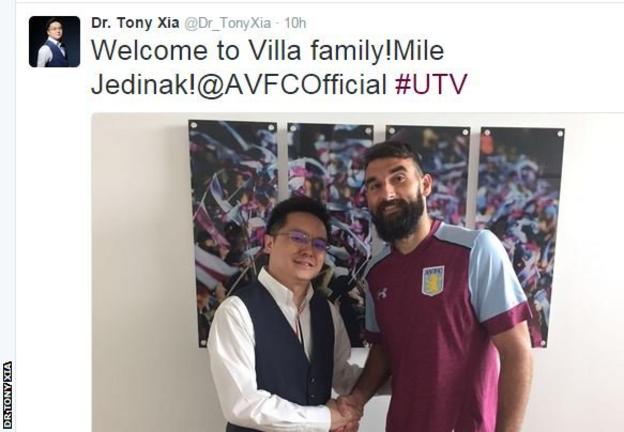 Free agent Tomas Rosicky has been hanging out with former Arsenal team-mate and Chelsea midfielder Cesc Fabregas. Fabregas posted a picture of Rosicky on Snapchat. (Metro)

From 'identification' to 'conclusion', agent Neil McGuinness has written a seven-step guide to how a player moves in the transfer window. (Bleacher Report)