Christian Benteke's agent has confirmed Liverpool have yet to receive any new offers for the Belgium striker, but the 25-year-old hopes to leave Anfield before the end of the transfer window. (Guardian)

Turkish side Besiktas are willing to either offer £21.1m for Benteke or take the striker on loan. (Haber7, via Daily Express)

Everton have been angered by what they see as Chelsea's attempts to unsettle striker Romelu Lukaku, with the Blues yet to bid for the 23-year-old. (Liverpool Echo)

Officials at Goodison Park will meet Lukaku's agent, Mino Raiola, in the coming days as they look to resolve the forward's long-term future. (Daily Express)

Jose Mourinho claims Paul Pogba, 23, will become the world's best player at Manchester United, something he could not achieve at Barcelona or Real Madrid because of Lionel Messi and Cristiano Ronaldo. (Daily Star)

Arsenal defender Gabriel, 25, was carried off against Manchester City in Gothenburg, leaving the Gunners without a fully fit senior centre half for the start of the season, which could intensify their attempts to land £40m-rated Valencia centre back Shkodran Mustafi. (Daily Mail)

But Arsenal manager Arsene Wenger has suggested the club will not be signing a new centre-back before their opening Premier League game against Liverpool next Sunday.(Metro)

Wenger has hinted that Theo Walcott, 27, will be used as a winger this season. (Daily Star)

Tottenham will complete the signing of Marseille midfielder Georges-Kevin N'Koudou, 21, this week, with 22-year-old Clinton Njie heading the other way. (La Provence, via HITC)

France defender Eliaquim Mangala, 25, and Wilfried Bony, 27, appear to be edging towards the exit at Manchester City after being left at home for the game with Arsenal in Gothenburg. (Manchester Evening News)

Zlatan Ibrahimovic, 34, labelled Manchester United as the "biggest club he has played for" after scoring the winning goal in the 2-1 Community Shield victory over Leicester. (Sun)

Arsenal and Liverpool are among the favourites to sign Charlton and England U19s forward Ademola Lookman, 18, for more than £2m. (Daily Mirror)

Southampton have initiated contact with Napoli over a potential deal for Italy forward Manolo Gabbiadini, 24. (Tutto Mercato, via HITC)

Kelechi Iheanacho's agent says he blocked a move to Arsenal before the striker, 19, moved to Manchester City in 2014. (AllNigeriaSoccer, via Manchester Evening News)

AC Milan will start a £300m transfer outlay by securing Arsenal target Isco from Real Madrid, but will have to pay £37m for the 22-year-old Spain midfielder. (AS)

Newcastle United and France midfielder Moussa Sissoko says he is "flattered" to have been linked with a move to some of Europe's top clubs this summer. (L'Equipe, via Chronicle)

Liverpool midfielder Adam Lallana says new signing Sadio Mane, 24, is "unpredictable" and he expects the forward will be a success at Anfield. (Daily Mirror)

Sunderland will be prepared to let Liam Bridcutt, 27, join Leeds United on loan if that is what it takes to remove the Scotland international from the wage bill. (Chronicle)

Manchester United confirm Paul Pogba will be having a medical in the next few days and the midfielder cryptically sends this tweet on Sunday... 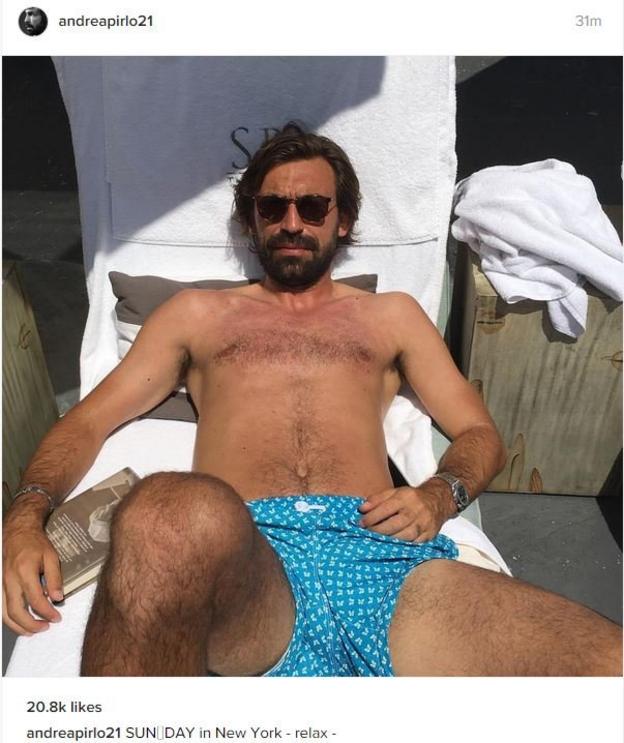 Jose Mourinho celebrated his first piece of silverware as Manchester United boss by posing for a selfie with wife Matilde. 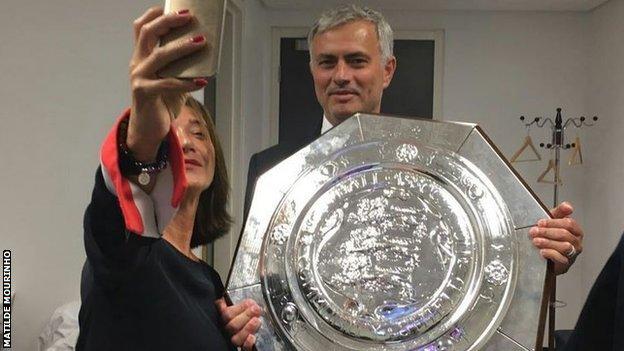 For Manchester United goalscorer Zlatan Ibrahimovic, the Community Shield was career trophy number 31, and he posted this picture on Instagram... 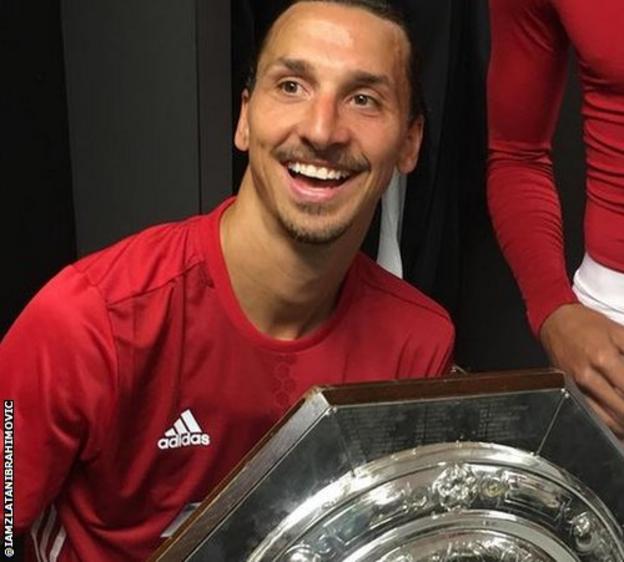 Sir Bobby Charlton, nine days into his life on Twitter, told followers he was "looking forward to the new season", before presenting Manchester United with the Community Shield at Wembley.

Gonzalo Higuain may have become the third most expensive player when he joined Juventus for £75.3m but back home in his native Argentina the striker is less popular with fans. An app mocking the 28-year-old has been developed, with users trying to help Higuain finish off the chances he missed in the 2014 World Cup final and the 2015 and 2016 Copa America finals.(Gazzetta)