Everton are holding out for £75m for a player they only signed from Chelsea for £28m two years ago. (Sun)

Lukaku is considering handing in an official transfer request in order to force through a return to Stamford Bridge. (London Evening Standard)

Leicester winger Riyad Mahrez, 25, has agreed a move to Arsenal, according to reports in his native Algeria. (Le Buteur - in French)

Manchester City boss Pep Guardiola is determined to reach a compromise over £50m-rated Everton defender John Stones, who is his top target, though the Toffees say there remains "a significant gap" between the two clubs over the fee for the England international. (Daily Mirror)

Sunderland manager David Moyes is interested in Burnley striker Andre Gray, 25, as his club look to make their first signing of the summer. (Daily Express)

Former Watford manager Gianfranco Zola and ex-Everton boss Roberto Martinez are also in the frame for the vacant Hull managerial position, with the club hoping to appoint a replacement in time for Saturday's pre-season game against Torino. (Telegraph)

Bastian Schweinsteiger has been told there could be a place for him back at Bayern Munich if the former Germany midfielder, 32, leaves Manchester United. (Sky Sports)

Serie A club Pescara have ended their pursuit of Liverpool's Italy striker Mario Balotelli, 25, who is expected to leave Anfield after being told by manager Jurgen Klopp he has no future at the club. (Talksport)

Sunderland have offered centre-back Lamine Kone, 27, a new deal after interest from clubs including Everton and Leicester City. (ESPN)

Brighton are set to break their transfer record to sign Tottenham midfielder Alex Pritchard. The initial fee for the 23-year-old will be more than the £2.5m they paid up front for Craig Mackail-Smith five years ago. (Argus)

Hodgson, meanwhile, is being targeted by the Chinese Super League, which is willing to double the pay packet he received as England manager. (Daily Mail)

Manchester United manager Jose Mourinho has told his players to treat Wayne Rooney's testimonial match against Everton on Wednesday like a Premier League game, amid concerns of being under-prepared with only two pre-season fixtures played this summer. (Daily Star)

Liverpool's new German goalkeeper Loris Karius reveals he is on the mend after a broken hand. 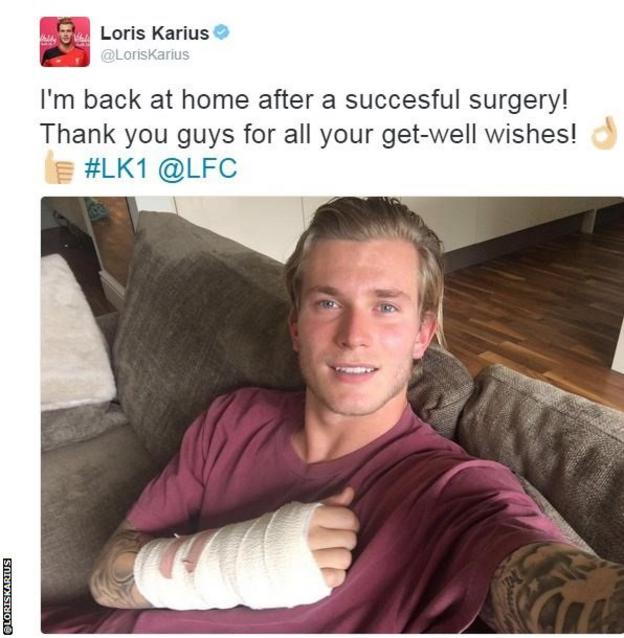 Before Wednesday's testimonial against his former club Everton at Old Trafford, Wayne Rooney retweets a series of messages of support from fans who will be attending. 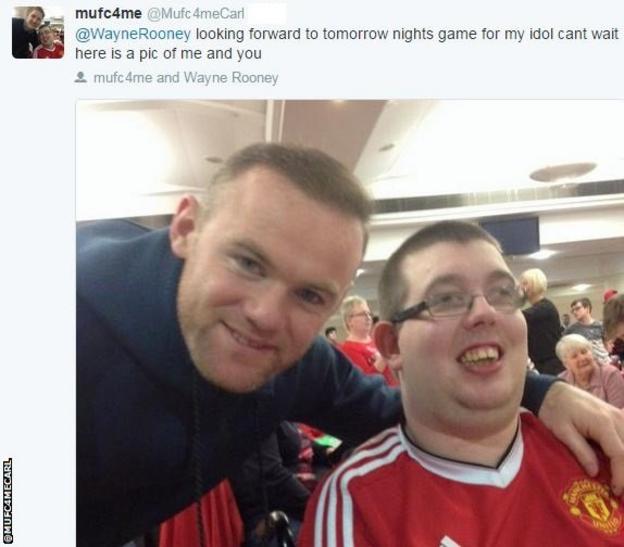 Rooney also gives details of the musical acts performing at the match.

Tottenham give fans encouraging news of Belgium defender Jan Vertonghen, who was ruled out for up to eight weeks with an ankle injury at Euro 2016. 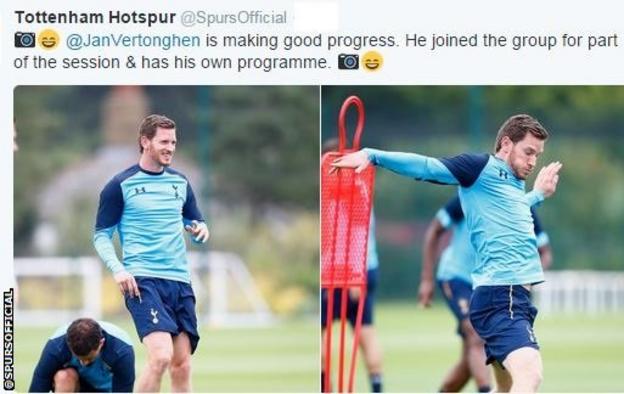 Spurs also post a picture of team-mates Dele Alli and Eric Dier before their tour of their match against Inter Milan in Norway on Friday - with Dier tweeting: "It's been too long." 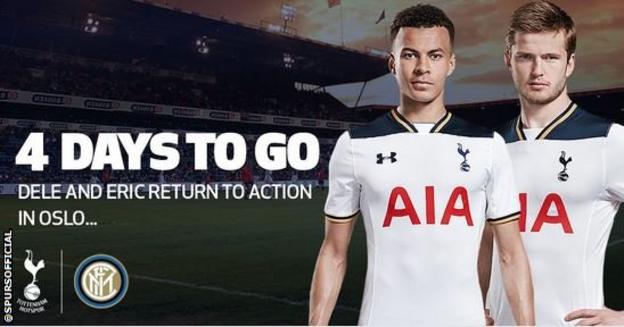 Former Manchester United defender Nemanja Vidic has revealed he nearly signed for Rafael Benitez when he was manager of their arch rivals, Liverpool.(FourFourTwo)

Goal music will be scrapped at Burnley this season after supporters voted in favour of putting an end to the celebratory tunes. More than 1,700 fans voted in a poll on the club's official website, with 57.8% voting for no music after goals. (Lancashire Telegraph)