Zlatan Ibrahimovic, 34, will sign a one-year contract with Manchester United on Friday, with the forward set to receive a £4m loyalty bonus from former club Paris St-Germain. (Gianluca Di Marzio, via Daily Star)

AC Milan are close to selling a controlling share of the club to a Chinese consortium of investors, who will seek to bring in Everton forward Romelu Lukaku, 23. (Gazzetta dello Sport)

Arsenal manager Arsene Wenger will meet with the representatives of France and Lyon striker Alexandre Lacazette to discuss a move for the £45m-rated 25-year-old. (Sun)

Chelsea are set to make a third bid for Belgium and Roma midfielder Radja Nainggolan, 28, this week, with France and Leicester City's N'Golo Kante, 25, also a target. (Daily Mirror)

Southampton are planning to appoint Frenchman Claude Puel as their new manager this week. (Daily Telegraph)

Spain and Celta Vigo forward Nolito, 29, says he is proud to be linked with Manchester City and Barcelona, but is fully concentrated on Euro 2016. (La Vanguardia, via Manchester Evening News)

Switzerland forward Breel Embolo, 19, has completed a move from Basel to Bundesliga side Schalke for around £20m. (Guardian)

Midfielder Leon Osman and defender Tony Hibbert, both 35, are yet to receive any clarification over their Everton futures, with their contracts set to expire at the end of the month. (Liverpool Echo)

Arsenal defender Laurent Koscielny, 30, used 32-year-old Leicester captain Wes Morgan as an example to emphasise how France should be defending at Euro 2016. (L'Equipe, via Metro)

Paris St-Germain are targeting Sevilla and Poland midfielder Grzegorz Krychowiak and are willing to pay around £32m for the 26-year-old. (Marca - in Spanish)

Brazil defender Dani Alves' move from Barcelona to Juventus is all but complete, with the 33-year-old expected to have a medical with the Italian champions on Monday. (Goal.com)

Rangers chairman Dave King has told Ally McCoist he is welcome back at Ibrox any time despite the former striker and manager not attending a game since his sacking in 2014. (Daily Record)

Charlton midfielder Johnnie Jackson had a message for team-mate and Iceland international Johann Gudmundsson, whose side face England in the Euro 2016 knockout stages on Monday...

Arsenal and Manchester United were among the clubs featured in a FC Schalke 04 video on Twitter after the German side won the race to sign highly rated Switzerland striker Breel Embolo, 19, from Basel. 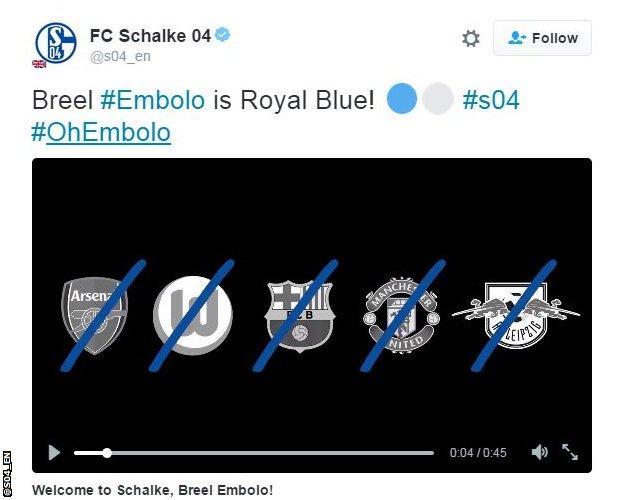 It is a bird? Is it a plane? No, it's Leicester City midfielder Danny Drinkwater, who posted this picture from Los Angeles on Twitter and said: "Closest I got to flying!!! Love this place!" 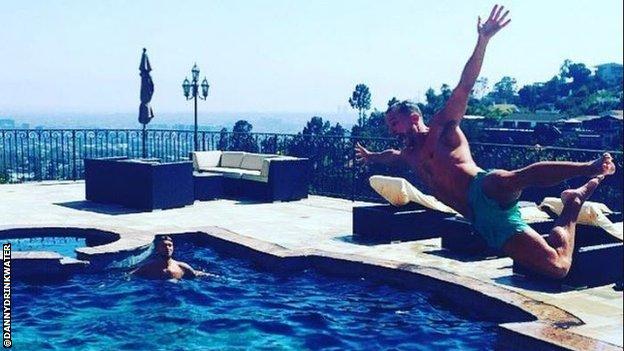 Wales forward Gareth Bale has started his preparation for the Euro 2016 quarter-finals... 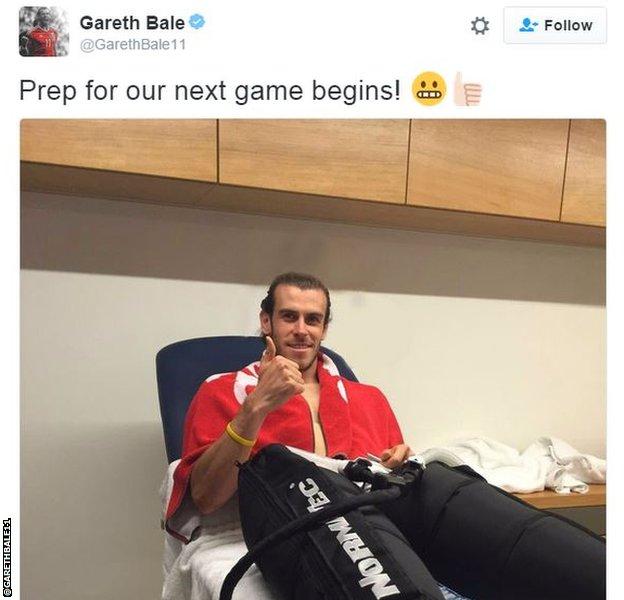 He may have missed out on a place in the Spain's Euro 2016 squad, but that hasn't stopped Manchester United midfielder Ander Herrera going on a European tour. Herrera shared this picture from Split, Croatia with his Twitter followers. 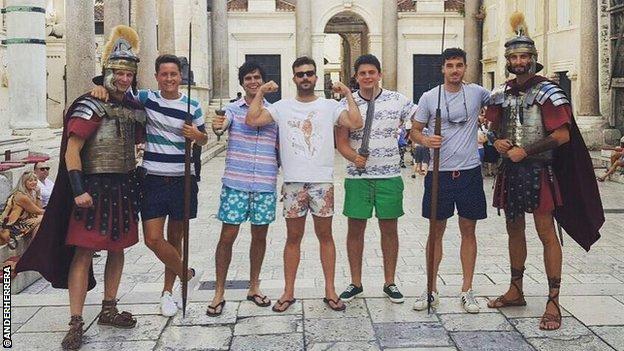 Arsenal and Czech Republic goalkeeper Petr Cech acted as a ball boy for Radek Stepanek on the practice court at Wimbledon before his compatriot's first-round clash with Nick Kyrgios. (Daily Mirror)

Icelandic football commentator Gudmundur Benediktsson, who found internet fame for his reaction to Iceland's late winner against Austria, has left his day job with club side KR Reykjavik. (Daily Telegraph)