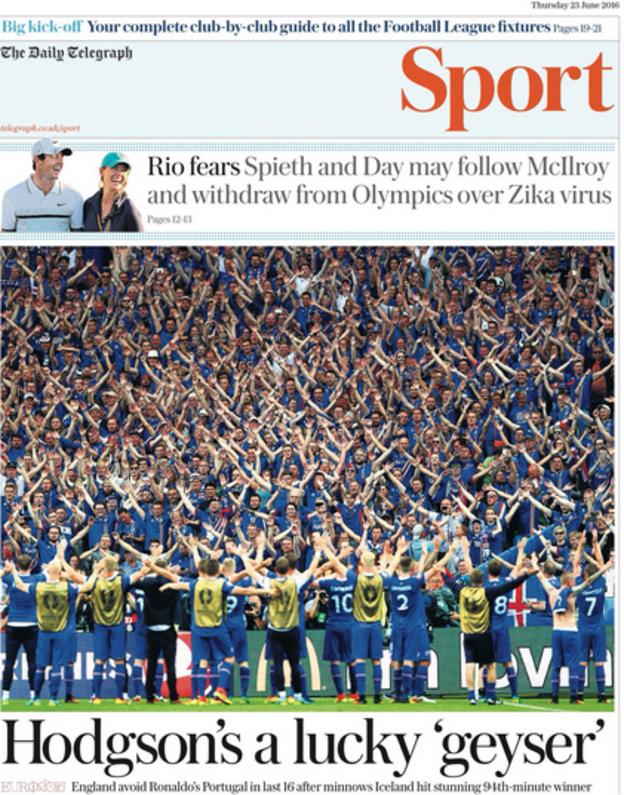 Wayne Rooney has advised England's less experienced players and their partners to avoid social media and to keep a low profile before Monday's last-16 match. It is understood the captain and other senior players have spoken to Jamie Vardy about the prominence of his new wife, Rebekah, in the media. (The Times - subscription only)

Concerns have been raised among the England management staff over Raheem Sterling's state of mind after the 21-year-old's confidence was apparently dented by criticism of his form from the stands and on social media. (Guardian)

Liverpool are considering making a move for Sadio Mane, with Southampton valuing their 24-year-old Senegal forward at £25m. (Daily Express)

The Hammers have returned for Lyon striker Alexandre Lacazette, 25, and are ready to pay £30m for him. (Daily Mirror)

The Reds will end their interest in 19-year-old left-back Ben Chilwell unless Leicester reduce their £10m asking price. (Liverpool Echo) 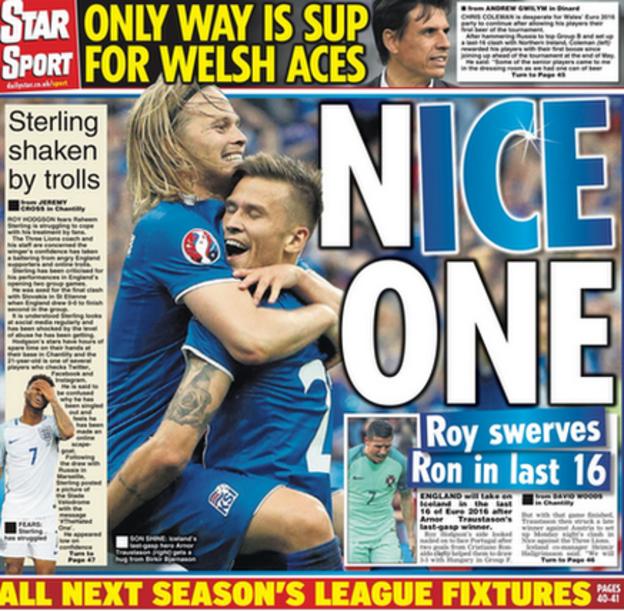 West Brom are interested in signing 24-year-old winger Andros Townsend from Newcastle and are prepared to sell winger Callum McManaman, 25. (Express and Star)

Burnley have turned down a £15m bid from Leicester for defender Michael Keane, 23, and would like to sign Stoke's 30-year-old midfielder Charlie Adam. (Lancashire Telegraph)

Bayern Munich boss Carlo Ancelotti described the signing of 17-year-old Norwegian forward Martin Odegaard when he was Real Madrid manager as "a marketing exercise". (AS)

Barcelona midfielder Andres Iniesta, 32, says he was set to take Spain's penalty against Croatia before Real Madrid's 30-year-old defender Sergio Ramos insisted he take it instead and missed. (Mundo Deportivo - in Spanish)

Deeney was less than impressed with reports linking him with a move to Leicester, and appears to have the same feeling towards suggestions he is about to sign a new deal at Vicarage Road.

Judging by this tweet, the German national team are all about poking fun at national stereotypes - but would they take the joke to the next level by losing on penalties for a change? 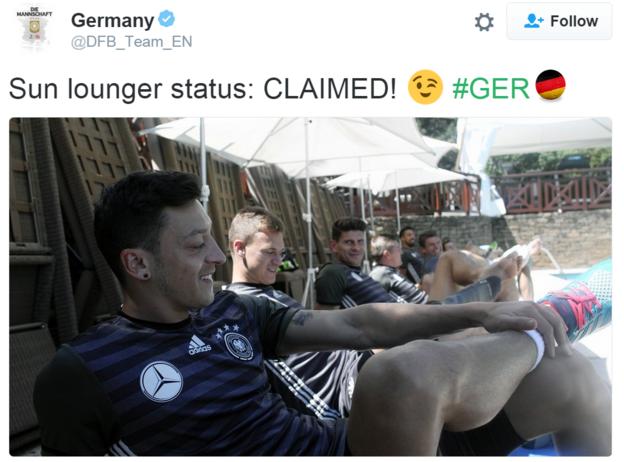 Northern Ireland goalkeeper Michael McGovern played a blinder in Tuesday's 1-0 defeat by Germany and on Wednesday tweeted: "So proud last night. We're not ready to go home yet. The dream continues. Thanks for all the messages and thanks to the gawa for the incredible support."

But are the Republic of Ireland's fans the real stars of Euro 2016? When a car roof was left dented these supporters were on hand to bash it into shape again, after stuffing money through the locked doors first.

This was the scene inside the Republic's dressing room after a 1-0 win over Italy set up a last-16 tie against hosts France at the Euros. Forward Jon Walters' message? "We're coming for you..." 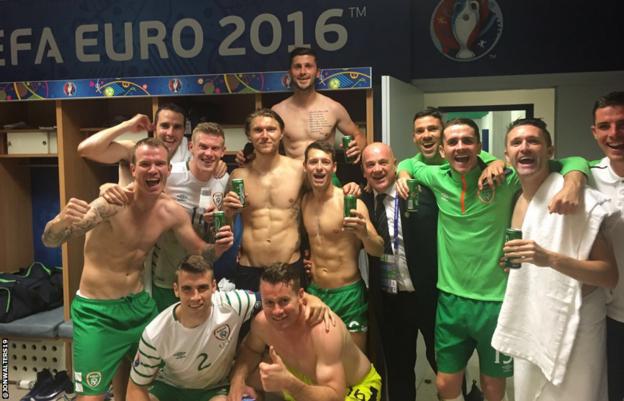 A Swedish footballer was sent off for passing wind during a match - with the referee dismissing him for "deliberate provocation" and "unsportsmanlike behaviour". (Sport Bladet)