Wales forward Gareth Bale, 26, will be given a "contract for life" at Real Madrid that will make him one of the highest-paid players in the world. (Daily Mail)

The Football Association are furious with England manager Roy Hodgson's decision to make six changes for the Euro 2016 game with Slovakia. It ended 0-0 and England missed out on top spot in the group. (Daily Express)

Real's re-signing of striker Alvaro Morata from Juventus means Chelsea, Tottenham and Arsenal will have a chance to bid for the player, with the La Liga giants keen to sell the 23-year-old Spain international on for profit. (Times - subscription required)

Sweden striker Zlatan Ibrahimovic, 34, has already agreed to join Manchester United this summer on a free transfer after he decided to not renew his Paris St-Germain contract. (Talksport)

Ibrahimovic's decision to retire from international football after Euro 2016 means he will not be playing at the Olympics when the Premier League starts, paving the way for United to sign him. (Daily Mirror)

Brazil midfielder Willian, 27, is set to sign a new contract at Chelsea, despite interest from Manchester United.(Sun)

Manchester City hope to complete a £40m deal for Germany winger Leroy Sane, 20, by Wednesday - but a late bid from Bundesliga champions Bayern Munich is holding up the deal.(Sun)

Spain and Celta Vigo striker Nolito, 29, has decided to join Manchester City on a three-year contract. (TV3 - in Spanish)

But Watford have told the Foxes their 27-year-old striker Troy Deeney is not for sale. (Daily Mail)

Belgium striker Romelu Lukaku, 23, could yet stay at Everton, according to his agent. (Sportwereld, via Independent)

Blackburn Rovers are in talks to sign former Manchester United midfielder Nick Powell. The 22-year-old was released by the Old Trafford club at the end of the season and is available as a free agent. (Daily Mail)

Senior figures at Middlesbrough have dismissed claims that Scotland striker Jordan Rhodes is for sale. The 26-year-old striker joined Boro, who were promoted to the Premier League, for £9m in January. (Teesside Evening Gazette)

Roma have been in talks with Manchester City over the signing of Argentina defender Pablo Zabaleta, 31, whose contract expires next year. (Gazzetta dello Sport - in Italian)

But the Reds have have had a £7m bid for Leicester left-back Ben Chilwell, 19, rejected by the Premier League champions. (Daily Telegraph)

Leicester have been linked with a move for Italy and Juventus striker Simone Zaza, 25. (Leicester Mercury)

Borussia Monchengladbach are prepared to break their club record - currently £11.5m - to sign Chelsea defender Andreas Christensen on a permanent basis. The 20-year-old Danish defender has been on a two-year loan with the German club. (London Evening Standard)

Spanish midfielder Mikel Arteta, 34, is yet to decide whether to join Pep Guardiola's coaching staff at Manchester City after leaving Arsenal. (Sky Sports)

Russia would like Manuel Pellegrini to be their next manager, and have offered the former Manchester City boss a lucrative contract. (AS - in Spanish)

Tuesday was #JoeAllenAppreciationDay with over 20,000 tweets containing the hashtag. The Liverpool midfielder, nicknamed the 'Welsh Xavi', has become a cult hero and Wales captain Ashley Williams revealed the squad have a regular 'Joe Allen Appreciation Day'.

Leicester right-back Danny Simpson has been keeping in shape during the close season and tweeted a picture after some hill sprints in Los Angeles.

Bayern Munich felt their midfielder Joshua Kimmich's performance for Germany against Northern Ireland on Tuesday was worthy of a reworking of this summer's football anthem... 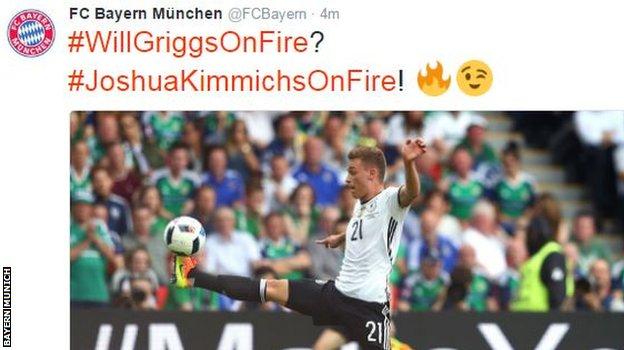 Crystal Palace midfielder Joe Ledley, 29, might have to put his wedding plans on hold if Wales continue to progress at Euro 2016. (Evening Standard)

A Welsh council renamed itself in honour of Gareth Bale. (Wales Online) 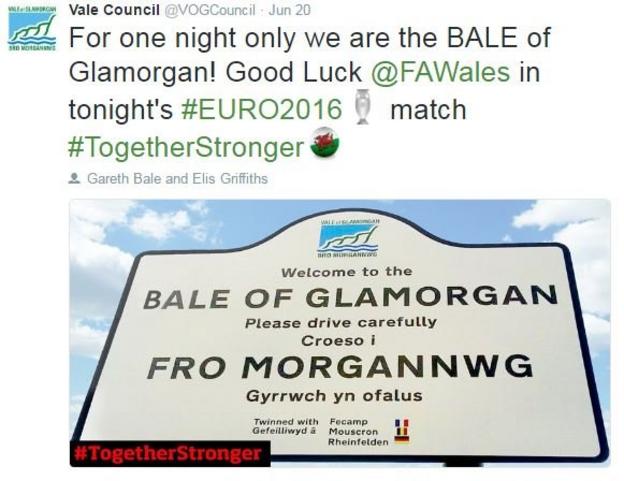