Manchester City have made a £16.7m bid for Palmeiras forward Gabriel Jesus. Barcelona and Juventus have also made offers for the 19-year-old, one of Brazil's most promising youngsters. (One World Sports)

Zlatan Ibrahimovic's agent says the Sweden striker is yet to decide whether to join Manchester United. The 34-year-old's contract with Paris St-Germain expires at the end of June. (TF1 - in French) 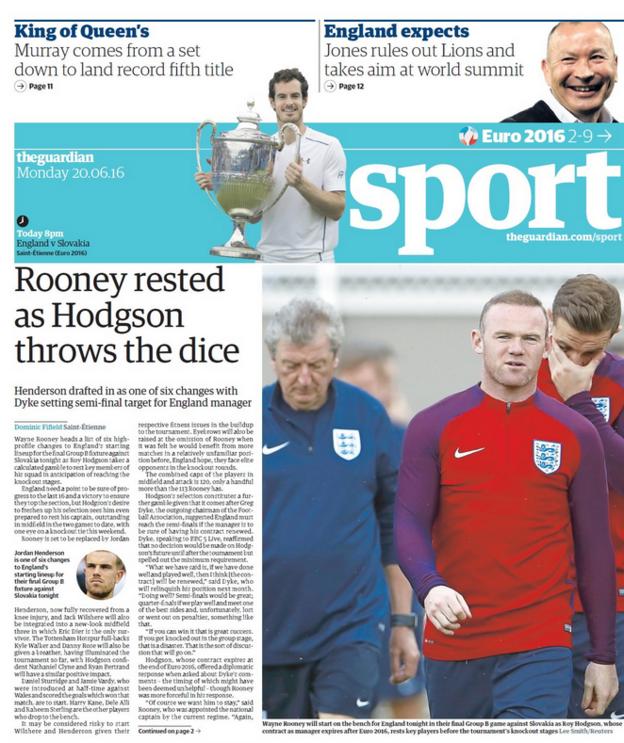 Senior figures at United expect Ryan Giggs to announce he will be leaving the club in the next few days. (Mirror)

Juventus have told their 23-year-old midfielder Paul Pogba that he can leave so long as their valuation is met. But Real Madrid are a more likely destination than Manchester City or Manchester United. (Marca)

The Foxes are confident of seeing off rival interest from West Ham to sign 23-year-old Nice midfielder Nampalys Mendy after having a £10m bid accepted. (Leicester Mercury)

New Aston Villa manager Roberto di Matteo is in charge of signing new players for the time being, but the club are still working to get a new structure in place that will include a technical director. (Birmingham Mail)

Di Matteo wants to sign Watford goalkeeper Costel Pantilimon, 29, but there may be a problem over the Romanian's wages. (Mirror)

West Brom midfielder James Morrison, 30, is on the verge of signing a new contract with the Baggies. (Express & Star)

Arsenal goalkeeper Wojciech Szczesny, 26, is expected to return to the club this summer. He spent last season on loan at Roma but negotiations over extending that deal are not progressing well. (Guardian)

England manager Roy Hodgson will make six changes to his side for Monday's Euro 2016 match against Slovakia. (Mirror) 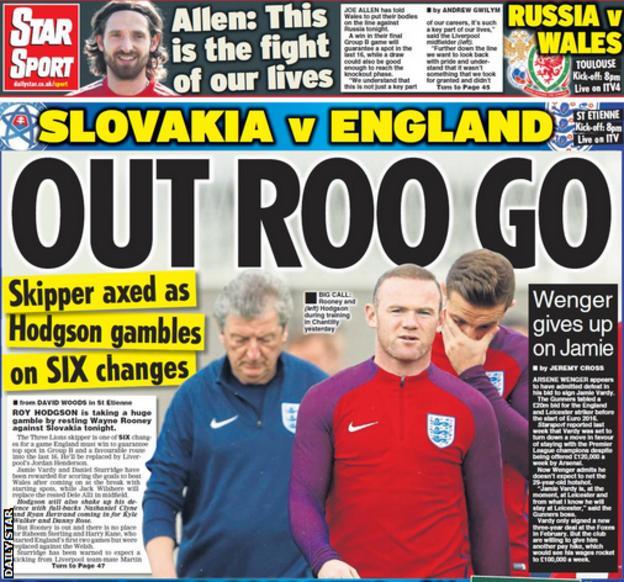 Wales forward Gareth Bale has a surprise free-kick to unleash in Monday's Euro 2016 match against Russia after scoring from dead balls in their first two group games. (The Times - subscription required)

Everton defender Ramiro Funes Mori, 25, remains a target for Barcelona but the Catalan club will not make a move for him this summer. (Liverpool Echo)

Toffees chairman Bill Kenwright remains committed to bringing in a director of football to work with new manager Ronald Koeman despite missing out on Sevilla's Ramon Rodriguez. (Daily Mail)

Newcastle midfielders Moussa Sissoko, 26, and Georginio Wijnaldum, 25, will only be allowed to leave St James' Park if manager Rafael Benitez decides they can depart. (Newcastle Chronicle)

Real Madrid have told United they are not looking to sign goalkeeper David de Gea, 25. (Express)

United are also targeting Juventus defender Leonardo Bonucci, although Chelsea's new boss Antonio Conte would like to sign the 29-year-old as well. (Star)

If you're reading this on Monday morning and forgot to get a card, Sunday was Father's Day...

Elsewhere, Southampton midfielder Victor Wanyama was on safari in his native Kenya. And this is what he saw:

There is no chance Gareth Bale will lose his cool in the heat of the battle for Wales against Russia on Monday - especially as the Real Madrid spent part of Sunday in a special frozen recovery tank at a temperature of -161C.

Switzerland and Stoke forward Xherdan Shaqiri said he hoped "Puma does not produce condoms" after four Swiss players ripped shirts made by the kit manufacturer in their goalless draw with France at Euro 2016. (Guardian)

Atletico Madrid forward Antoine Griezmann, 25, said rumours of a move to Chelsea prompted by a Youtube clip of a him viewing the Premier League club's squad on a football management computer game are incorrect as he is in fact 'managing' French club Lyon. (Independent)