Arsenal and Tottenham have sent scouts to watch Marseille's £25m-rated Belgian striker Michy Batshuayi, 22, who has 13 goals in 29 appearances in Ligue 1. (L'Equipe via Daily Express)

Arsenal forward Alexis Sanchez, 27, has revealed he argues with manager Arsene Wenger over the amount of playing time he gets. (Daily Star)

Former Gunners striker Thierry Henry has called for unity at the club as they try to bounce back from their recent setbacks to win the Premier League title. (Sky Sports)

Chelsea have agreed a deal in principle with Real Madrid over the transfer of Belgium international Eden Hazard, 25. (AS via Daily Express)

The Hammers are also interested in England and Arsenal international Alex Oxlade-Chamberlain, 22, plotting a £15m bid for the midfielder. (Brentwood Gazette)

Chelsea physio Jon Fearn is set to be back on the bench for Saturday's game against West Ham, having been banished from frontline duty following the fallout from the Blues' row with former club doctor Eva Carneiro. (Sun) 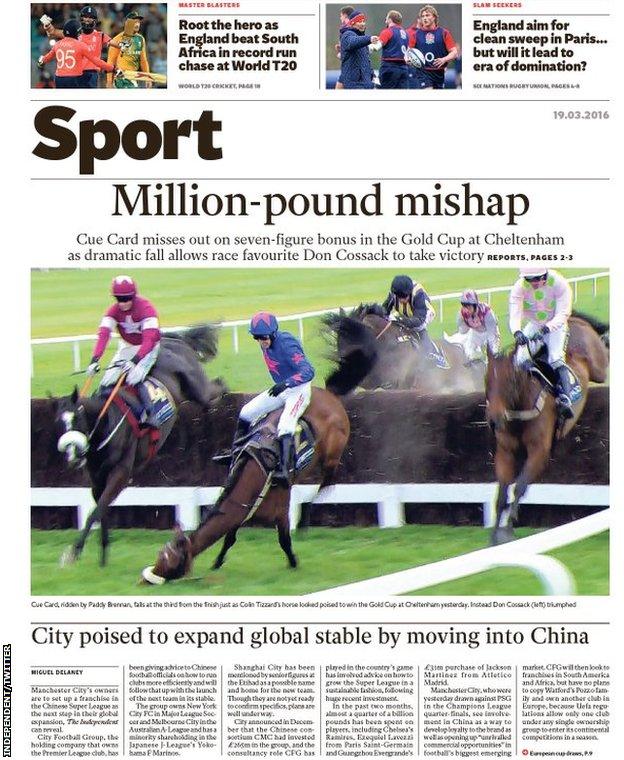 Lazio midfielder Felipe Anderson's proposed move to Manchester United has again been thrown into doubt, with his agent saying no offers have been received for the £47m-rated 22-year-old. (LaLazioSiamoNoi via Daily Express)

West Ham winger Michail Antonio, 25, says his side currently feel they can beat every other team in the Premier League and that their hard work is paying off. (London Evening Standard)

Southampton midfielder Jordie Clasie, 24, nicknamed the Dutch Xavi, admits he was twice knocked back by clubs as a youngster for being "too small". (Daily Mirror)

Aston Villa chairman Steve Hollis says he is not owner Randy Lerner's "poodle" as he looks to revive the club. (Daily Telegraph)

Former Leicester City and England striker Emile Heskey has warned the Foxes against big-money signings this summer as they prepare for life in the Champions League. (Daily Express)

Barcelona forward Neymar, 24, has been found guilty of tax evasion by a Brazilian court and ordered to pay £36m in taxes, interest and fines. (Daily Telegraph)

Not surprisingly, Friday's Sport Relief show got plenty of tweets - and one of the stars of the show may have some new fans... 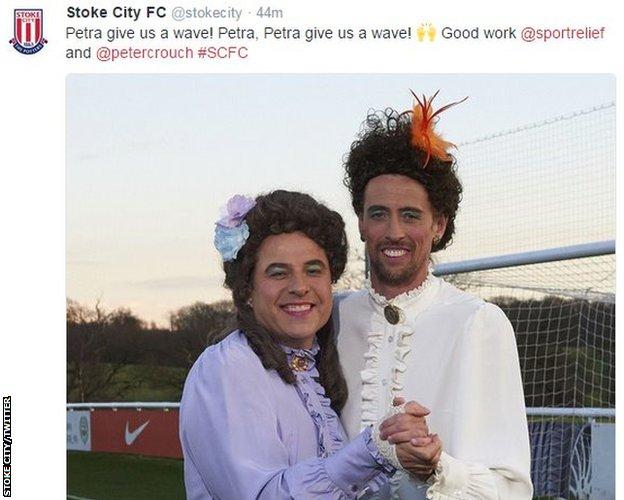 Former Liverpool star Sebastian Coates has been banned from wearing red boots by Sporting Lisbon, where he is currently on loan from Sunderland, because red is the colour of rivals Benfica. (Sun)