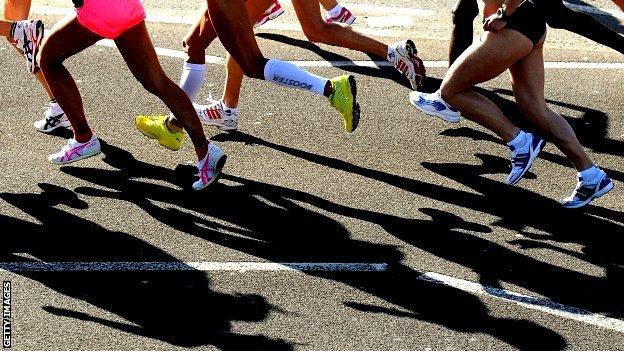 An increase in the number of women playing sport has driven improved participation figures, according to the latest survey by Sport England.

Bucking the normal trend, the number of women playing sport and being active is increasing faster than men.

Swimming remains the top sport overall but continues to decline, with athletics a close second and rising.

Sport England's Active People Survey began in 2005/06 and measures the number of people taking part in sport across the nation, with findings published every six months.

There was good news for tennis, cricket, boxing and rugby union, with increases in the numbers taking part but football and cycling experienced falls.

"It's particularly great to see This Girl Can is making a real difference. That's because we've really focused on what drives women's attitudes and behaviours.

"If we're to see a further step change in the total number of people playing sport, we need to take a similar, consumer-focused approach in areas where the figures are stubbornly low, like disability and lower socio-economic groups."