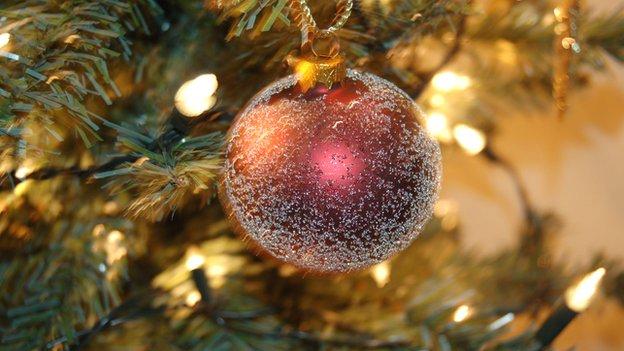 Every day in the run-up to Christmas BBC Sport picked out a memorable moment from the 2015 sporting year.

Lucy Bronze scores a stunning long-range effort to give England a 2-1 victory against Norway in the Women's World Cup in Canada.

Arsenal forward Alexis Sanchez scores a stunning 25-yard strike during the Gunners' 4-0 victory over Aston Villa in the FA Cup final at Wembley.

Usain Bolt upsets the form books to beat Justin Gatlin to gold in the 100m at the World Athletics Championships in Beijing.

Wayne Rooney makes a speech in the dressing room after breaking Sir Bobby Charlton's England goalscoring record, describing it as a "huge moment".

Former England football captain David Beckham proves he is adept with his hands as well as his feet at Wimbledon, much to the delight of the Centre Court crowd.

Relive Robbie Savage, resplendent in John Travolta-style white trousers, filming behind-the-scenes on the Match of the Day 2 set on his phone to the Bee Gees' Stayin' Alive track.

Notts County Ladies' Ellen White finishes off a well-worked free-kick in their 1-1 draw against Arsenal Ladies in the WSL 1.

Julian Koch scores an amazing goal for German side FC St Pauli just five seconds after the opposition kick off.

Former Leicester manager Nigel Pearson has an angry news conference when he takes exception to a journalist's question, calling him "stupid", "daft" and an "ostrich".

Rangi Chase performs a superb behind-the-back pass as he sets up Salford's Josh Griffin to score in the Super League.

Relive one of the most astonishing days in Ashes history through our very own Pint-Sized Ashes.

League One Bradford stun Chelsea by fighting back from two goals down to win 4-2 at Stamford Bridge in what is arguably the greatest shock in the history of the FA Cup.

The men's ski jump world record is broken twice in two days at a World Cup event in Vikersund, Norway.

Lizzie Jones, whose husband and Wales international Danny Jones died in may, sings an emotional rendition of Abide With Me at Wembley before the Challenge Cup final.

Double sprint world champion Usain Bolt is knocked over by a cameraman who loses control of his motorised scooter.

China's Ding Junhui misses out on a 147 break at the World Snooker Championship as he appears to forget he is on for a maximum.

Ergotelis player Leonardo Koutris is given some rough treatment by two stretcher bearers during his side's match with AE Larissa in the Greek second division.

Carli Lloyd scores an incredible goal from the halfway line for the USA against Japan in the Women's World Cup final in Vancouver.