Chelsea captain John Terry could play for the "second-string side" in the Capital One Cup tie at Walsall in midweek, days after being left out of the team for a Champions League game and derby with Arsenal. (Daily Mirror)

Former Stoke and West Ham winger Matthew Etherington, 34, has revealed he lost £1.5m through his addiction to gambling.(Times - subscription required)

Saido Berahino says his winning goal for West Brom in the 1-0 win at Aston Villa was more like a "Zinedine Zidane touch" than a lucky deflection.(Daily Express)

Defender Tyias Browning, 21, hopes he has done enough to retain his place in the Everton side after keeping Swansea winger Jefferson Montero quiet in Saturday's 0-0 draw.(Liverpool Echo)

The son of the Syrian refugee tripped by a Hungarian journalist was invited to accompany Real Madrid star Cristiano Ronaldo on to the pitch before their Spanish league game on Saturday.(Daily Mail)

Sunderland midfielder Jeremain Lens, 27, says the officials are not to blame for their 2-0 defeat at Bournemouth, despite having a legitimate goal ruled out.(Sunderland Echo)

Head coach Steve McClaren says his struggling Newcastle side "do not have an identity" yet.(Guardian)

Striker Kenny Miller says his Rangers team "can hurt anyone" following the Scottish Championship side's 2-1 win at Dumbarton on Saturday - their 11th consecutive victory in all competitions.(Herald Scotland)

Goalkeeper David De Gea may have impressed in Manchester United's 3-2 win at Southampton, but is happy to concede that United's man of the moment is teenager Anthony Martial, who scored again. 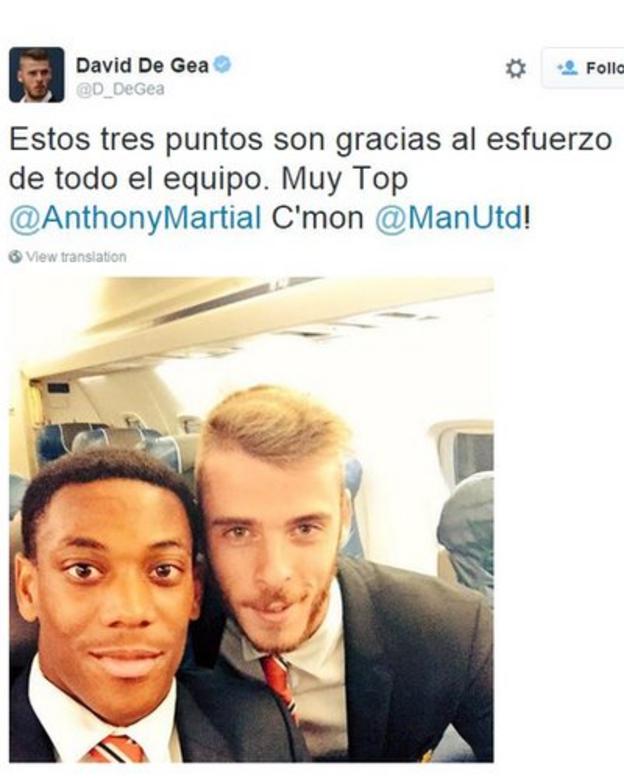 A petition has been created to prevent referee Mike Dean from officiating in another Arsenal game following his performance in Saturday's 2-0 defeat by Chelsea.(Daily Mirror)