Mourinho and his players have banned "all banter" as they attempt to arrest the club's worst start to a top-flight season for 29 years. (Telegraph)

The Blues have also denied a claim captain John Terry, 34, and forward Diego Costa, 26, were involved in a training-ground row. (Mail)

Newcastle, who are bottom of the Premier League, will try to sign QPR striker Charlie Austin, 26, in the January transfer window. (Express)

Austin would prefer to see out the final year of his contract at Loftus Road and leave on a free transfer at the end of the season. (Sun - subscription required)

Liverpool's disappointing start to the season is a result of manager Brendan Rodgers trying to get too many summer signings to gel, according to former Reds director of football Damien Comolli. (Talksport)

Ex-Reds striker John Aldridge says the team have lost their identity and fans are right to be angry. (Liverpool Echo)

Liverpool captain Jordan Henderson, 25, has travelled to the United States to see a specialist about his heel injury. (Guardian)

Argentina winger Angel Di Maria, 27, says he had a difficult relationship with Manchester United manager Louis van Gaal - and that was the prime reason he left Old Trafford for French champions Paris St-Germain in the summer. (Le Parisien - in French)

Van Gaal has challenged his players to prove they are good enough to win the Champions League again. (Star)

Hull will let Ahmed Elmohamady, 28, leave in January with Aston Villa, Everton, Leicester and Swansea all keen on the Egypt winger. (Mirror)

Bolton manager Neil Lennon is considering a move for former Trotters captain Kevin Nolan, 33, who is available on a free transfer after being released by West Ham. (Bolton News)

Southampton's Uruguay midfielder Gaston Ramirez, 24, is expected to return to Italy in January after falling out of favour at St Mary's. (Sport Mediaset via Talksport)

Everton are to offer 19-year-old defender Brendan Galloway a new contract as a reward for breaking into the first team. (Liverpool Echo)

Striker Mario Balotelli, who is on loan at AC Milan from Liverpool, posted on Instagram to say he was "proud" of his team-mates despite the 1-0 defeat by Inter in Sunday's Milan derby. 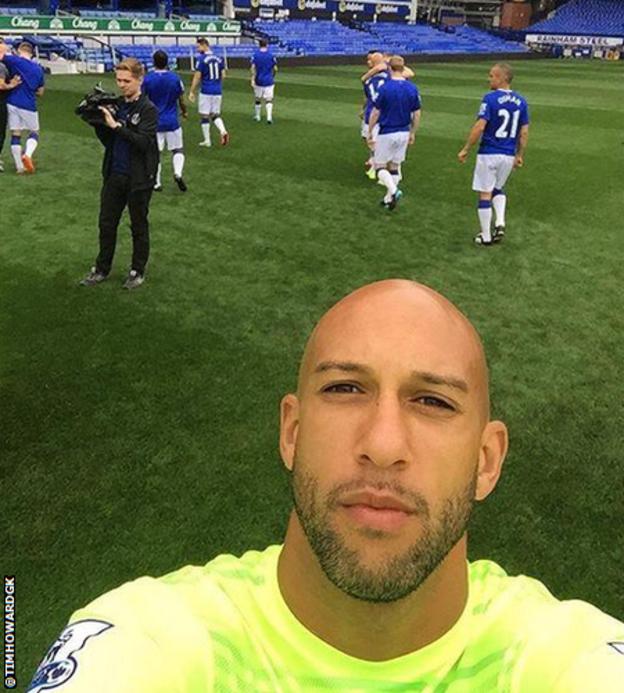 Manchester United defender Marcos Rojo tweeted a picture of him with goalkeeper David De Gea on their way to the Netherlands for Tuesday's Champions League group game with PSV Eindhoven.

Manchester City midfielder Yaya Toure is ready for the start of Manchester City's Champions League group campaign. "Great training session! We are all looking forward to the game," he posted on Twitter. City host Italian champions Juventus on Tuesday.

"Great to see the big man back fit. Hopefully he can get a run of games now," Stoke City midfielder Charlie Adam wrote on Twitter when West Ham United striker Andy Carroll appeared as a substitute during his side's 2-0 win over Newcastle United.

A Liverpool fan has set up a 'Sack Brendan Rodgers' page on a fundraising website following the club's disappointing start to the season, with the aim of paying the necessary compensation to the Northern Irishman. (Metro)

Newcastle United's players had to walk the last mile to Upton Park after their team coach was held up in London's rush-hour traffic before Monday's Premier League match against West Ham. (Independent)