Chelsea will make a fourth and final offer worth £40m for Everton defender John Stones after the 21-year-old England international handed in a transfer request. (Guardian)

Zenit St Petersburg will resist any attempt by Chelsea to sign Argentina defender Ezequiel Garay if they pursue the 28-year-old as an alternative to Stones. (Telegraph)

Manchester United manager Louis van Gaal believes he is building a side capable of winning the Champions League. (Daily Star)

West Brom will move for QPR striker Charlie Austin, 26, if they do finally allow Berahino to leave The Hawthorns. (Daily Express)

Tottenham winger Erik Lamela, 23, is in talks with Serie A side Inter Milan, according to the Argentine's father.(Gazzetta - in Italian)

Manchester City defender Jason Denayer, 20, is deciding whether to join Galatasaray or Marseille on a season-long loan. (Manchester Evening News)

Barcelona could beat Arsenal and Everton to the signing of Dynamo Kiev's Ukraine winger Andriy Yarmolenko, 25. (Sport - in Spanish)

Championship side Wolves have put a £14m price tag on England Under-21 striker Benik Afobe, 22, who is wanted by Norwich.(Daily Mirror)

Former Liverpool skipper Steven Gerrard, 35, will be a future manager at Anfield, according to his LA Galaxy coach Bruce Arena. (Sun - subscription required)

West Bromwich Albion's 25-year-old record signing Salomon Rondon believes he has put the Baggies on the map in his native Venezuela.(Express and Star)

Any thoughts of flamboyant former Chelsea and Liverpool midfielder Raul Meireles fading into the shadows at Turkish side Fenerbahce were dismissed when the 32-year-old posted this photo. 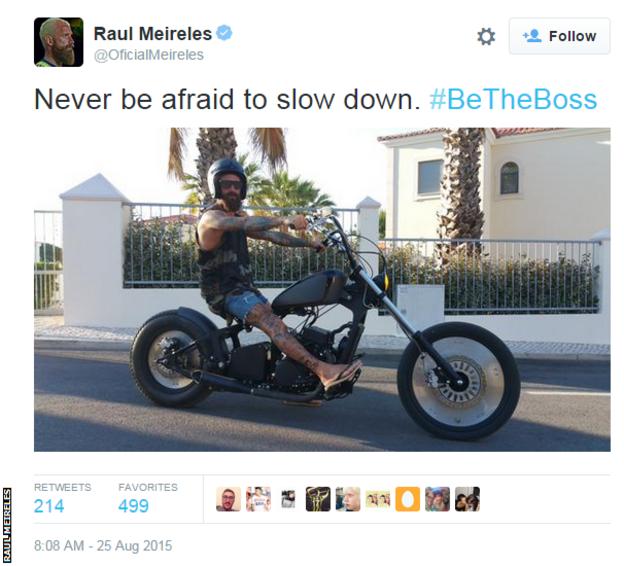 Hollywood actor Russell Crowe, star of Gladiator, has ruled out a takeover bid for Championship side Leeds United - the team he supports - in a series of tweets.

Coventry City fans have been banned from using the Ricoh Arena's new £5m railway station - because the trains are too small. (Daily Mirror)