Manchester United will have to battle Barcelona for the signature of Cristiano Ronaldo next summer after the Catalan side ramped up their interest in the 29-year-old Real Madrid forward. (Daily Star)

Liverpool are set to make a £25m bid for Chelsea's 24-year-old forward Andre Schurrle, but they face stiff competition from Tottenham. (Daily Express)

Major League Soccer side New York expect midfielder Frank Lampard, 36, to join up with them for pre-season training in the new year and not extend his loan spell with Manchester City. (The Sun - subscription required)

Arsenal and Manchester United have been handed a boost in their pursuit of West Ham defender Winston Reid, with the Hammers ready to sell the 26-year-old New Zealander if he does not commit to a new deal.(Times - subscription required)

Bayer Leverkusen midfielder Christoph Kramer, 23 says he is interested in a move to the Premier League, with Arsenal, Liverpool, Manchester United and Spurs all reported to be keen. (Daily Star) 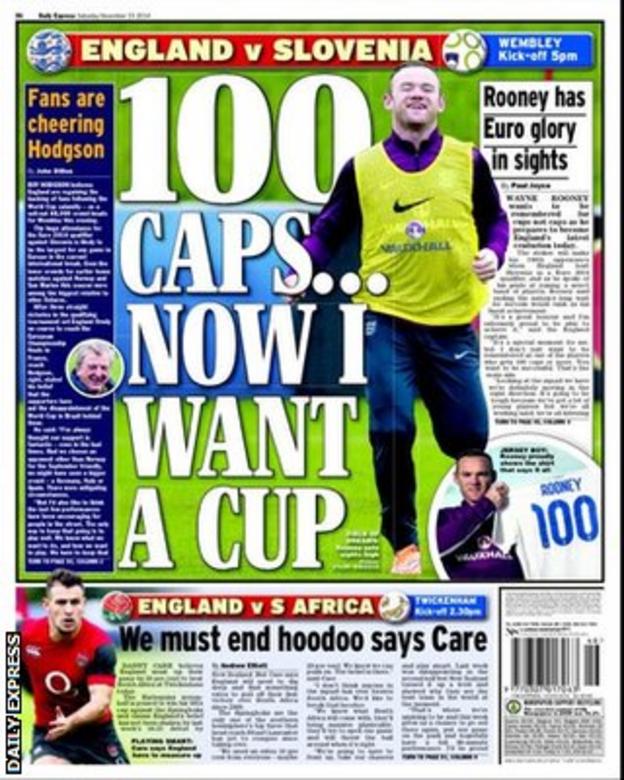 Out-of-favour West Brom defender Gareth McAuley, 34, admits he is hoping to catch the attention of other clubs with his performances for Northern Ireland in the international window. (Express and Star)

Manchester City and Chelsea could miss out on reported target Koke of Atletico Madrid, with Barcelona stepping up their attempts to land the 22-year-old Spanish midfielder. (Talksport)

However, Nastasic has been offered to Arsenal and Tottenham for a cut-price £5m. (Goal.com)

Chelsea goalkeeper Thibaut Courtois has advised his rival for the number 1 jersey, Petr Cech, to seek a move away from the club. (Daily Mail)

The average Premier League salary has risen to £2.3m. (Telegraph)

QPR goalkeeper Rob Green says he would like to become a football club chief executive when he stops playing. (Guardian)

Everton defender John Stones is top of the Premier League when it comes to charity work, according to a new report. (Liverpool Echo)