Newcastle United are finally ready to spend, with a £6.5m deal to sign Montpellier midfielder Remy Cabella, 24, close to completion.

Chelsea could be facing frustration in their attempts to sign Atletico Madrid left-back Filipe Luis, 28, despite offering the player £78,000 a week.

Real Madrid would have to match their £85m world record transfer fee to have any hope of signing forward Sergio Aguero, 25, from Manchester City. 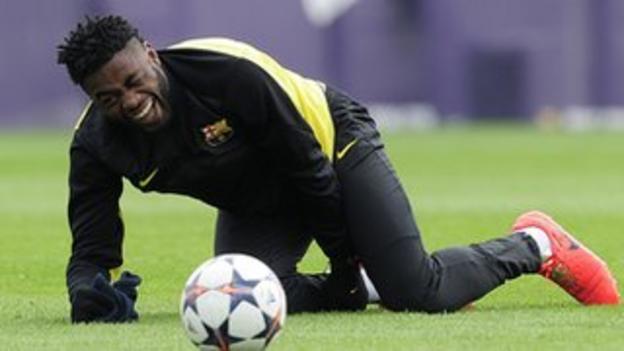 Barcelona midfielder Alex Song, 26, will consider a return to the Premier League this summer if Luis Enrique deems the Cameroon international surplus to requirements - news which has alerted the attention of Manchester United, Liverpool and his former club Arsenal.

Arsenal full-back Bacary Sagna, 31, has confirmed he is leaving the club when his contract expires, with Manchester City his likely destination.

But Atletico Madrid have rejected a £9m bid from Arsenal for right-back Juanfran, 29, who the Gunners have been lining up as Sagna's replacement.

Manchester City striker Alvaro Negredo, 28, is a summer target for Atletico Madrid. They want him as a replacement for Diego Costa, 25, who is expected to join Chelsea.

Winger Angel Di Maria, 26, admits he could leave Real Madrid this summer with Arsenal, Manchester City and Manchester United ready to bid for him. 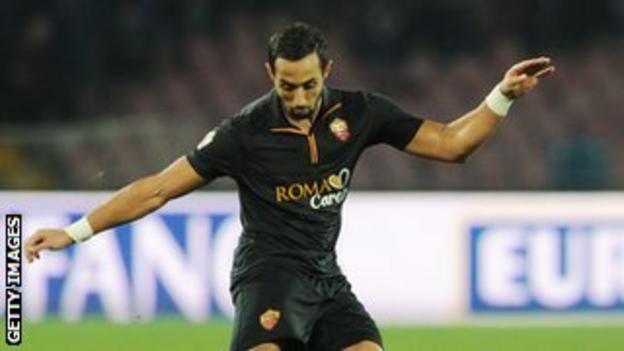 Porto and France defender Eliaquim Mangala, 23, will keep Manchester City, Manchester United and Chelsea waiting until after the World Cup before he decides on his future.

Dnipro winger Yevhen Konoplyanka, 24, who was on the verge of joining Liverpool in the summer, is now a £12m target for Manchester United.

Argentine forward Erik Lamela, 22, is to train with River Plate before returning early for pre-season work at Tottenham Hotspur in a bid to start justifying his £30m price tag.

Gareth Bale, 24, is to appear in a video teaser for Real Madrid's kit launch that hints about a new pink shirt.

England manager Roy Hodgson says he would not be afraid to drop Manchester United striker Wayne Rooney, 28, if he fails to perform at the World Cup.

Kazakh-born property mogul Tevfik Arif, founder of New York-based property firm Bayrock Group and a business associate of US billionaire Donald Trump, has emerged as the "front-runner" to buy Aston Villa, who were put up for sale by American owner Randy Lerner and are expected to fetch at least £250m.

David De Gea has turned his hand to transfer dealing in Spain's World Cup camp with the goalkeeper, 23, admitting he is trying to convince midfielder Cesc Fabregas, 27, to leave Barcelona and join him at Manchester United.

Arsenal's Olivier Giroud is in talks about a contract extension despite suggestions that the striker, 27, who is already committed to the club until 2016, may be sold this summer.

Yaya Toure has defended his stance regarding his Manchester City future, with the 31-year-old midfielder stating that his recent comments over a move to Paris St-Germain were taken "out of context" by the media.

Arsenal have said farewell to reserve goalkeeper Lukasz Fabianski, 29, who has joined Swansea on a free transfer, but statistics prove he was their least reliable keeper since 2003.

Cristiano Ronaldo's goal celebration after scoring Real Madrid's fourth and final goal in their Champions League final victory over Atletico Madrid on Saturday night involving him ripping his shirt off and flexing his muscles was staged by the 29-year-old forward for Ronaldo: The Movie.