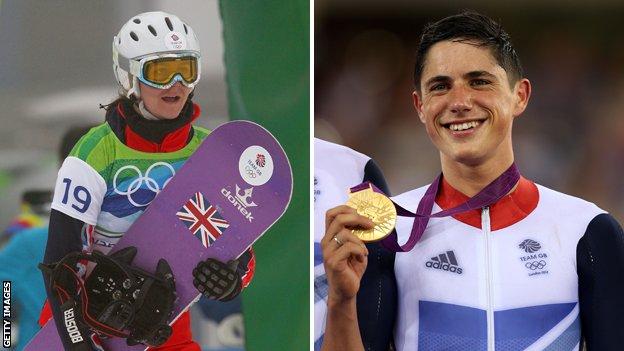 The nominations for the 2013 Isle of Man Sports Awards have been revealed.

Last year's winners Peter Kennaugh and Zoe Gillings are among those put forward for eight awards, including sportsman and sportswoman of the year.

The winners will be revealed at a ceremony at the Villa Marina in Douglas on 10 April with former Olympic swimmer the guest of honour.

IOM Sport Vice Chairman, Gary Corkhill said it has been a "fabulous year for Manx sport."

We say it every year but 2013 was, yet again, another fabulous year for Manx sport with success at all levels

Mr Corkhill said: "We say it every year but 2013 was, yet again, another fabulous year for Manx sport with success at all levels right through to World Championships.

"This has made the drawing up of the final nominations an even harder job than usual but what a great problem to have.

"In particular, both the male and female Under-21 awards have been extended to eight athletes each and a number of very good candidates still did not make the final shortlist."

A special lifetime achievement award will also be handed out on the night, as will the Sports Aid sponsorships to young Manx athletes.

Sportsman of the Year

Sportswoman of the Year

Team of the Year