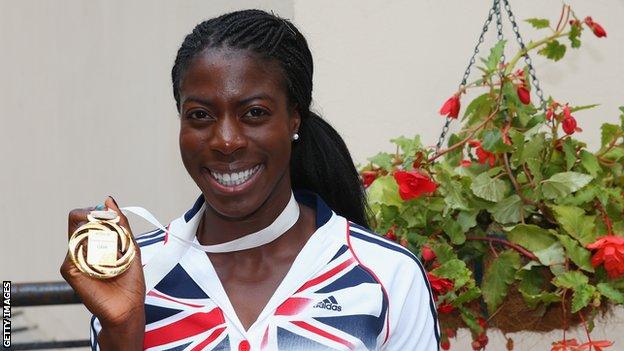 Athlete Christine Ohuruogu has been named Sunday Times & Sky Sports Sportswoman of the Year for 2013.

"It's such a tough category," said Ohuruogu. "It's great we have women who are excelling. I am genuinely shocked but I'm really happy."

Cyclist Becky James was given the Young Sportswoman of the Year award.

The 29-year-old later confirmed she intends to compete at the 2016 Olympics in Rio de Janeiro.

"I think we'll go to Rio, that's the plan," Ohuruogu said. "Obviously, I have to stay injury free. I love what I do. Me and my coach have a great time training and 400m right now is a great event to be in and we have great talent coming through."

Welsh cyclist James at the UCI track world championships in Minsk in February.

The England netball side won Team of the Year after losing just one Test match in 2013, while Amy Marren, 15, was named Disability Sports Person of the Year after winning six medals at the IPC World Swimming Championship in August.