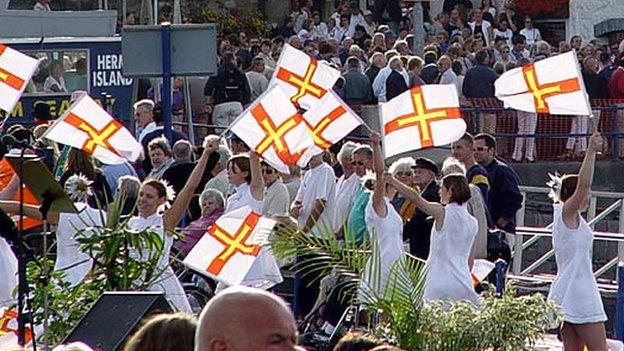 Guernsey Amateur Athletics Club president Alun Williams believes it is time for them to bid to host the Island Games again in order to inspire a new generation of sporting youngsters.

The island saw a big increase in the number of people taking part in sport after hosting the 2003 Games.

"What a fantastic goal they'd have if that was something we could deliver," Williams told BBC Radio Guernsey.

"We're now in a position where we have a fantastic athletics structure in place.

"We have a coaching structure that means we could really bring athletes on, we have officials who could run a top quality games like this tomorrow."

The Games will return to the Channel Islands in 2015, when Jersey play host - and the earliest Guernsey could stage the event would be 2023.

But last year Dave Inglis, the head of Guernsey's Island Games Association, said it was time to consider a bid - and Williams is backing his call.

"Certainly from an athletics club's point of view, we saw a huge benefit from the 2003 Island games," he continued.

"You could see evidence of that in some of the exercise surveys that were done with young people.