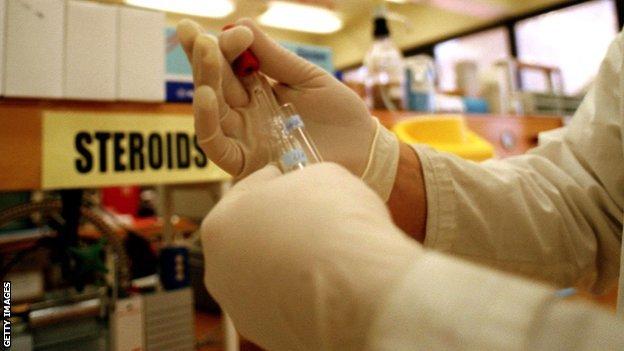 For the last few days the great and the good of sport have been gathered in Johannesburg for the World Conference on Doping in Sport to discuss the next phase in the war against drugs cheats.

Amid all the talk about Jamaica, Lance Armstrong and Kenya there has been one pervading theme - is the World Anti-Doping Agency (Wada) doing enough to combat what remains arguably the greatest single threat to sport's integrity?

The answer is, at best, equivocal.

Those who see the glass as half full point to the fact that on Friday a new World Anti-Doping Code will be signed off, boosting the powers of those sports and anti-doping authorities on the frontline.

The main highlight is an increase of the standard ban for serious offenders from two to four years.

But the new code, due to come into force in 2015, will also allow agencies and sport federations greater investigatory powers and will give Wada more authority to punish those countries that are not doing enough.

A new president will also be sworn in - the veteran British Olympic official Sir Craig Reedie.

The former British Olympic Association chairman and International Olympic Committee (IOC) vice-president has been a senior figure in Wada for years.

And he was in charge at the BOA when it introduced its lifetime ban for serious drugs cheats in 1992.

But Reedie knows he is taking over at a time when Wada is under serious pressure.

The problems in Jamaica and Kenya have highlighted just how little power Wada has had until now to really force countries to take drug testing seriously.

Despite repeated warnings and a visit from outgoing president John Fahey this time last year, the Kenyan government has failed to act on the allegations of widespread doping among some of the country's top athletes.

Only in the past few days has it set up a taskforce to look into the 17 Kenyan athletes who have been banned by the International Association of Athletics Federations (IAAF) in the last couple of years.

As for Jamaica, it was only when a former executive director of the Jamaican Anti-Doping Commission, Renee Anne Shirley, went public with Jamaica's woeful testing statistics prior to the London Olympics that Wada sent a team to the island to investigate.

Some critics fear that even with the changes to the code, Wada will never be able to force nations to up their game on drug testing if they cannot or do not want to.

Fahey said as much himself on BBC Radio 4's Today programme this week.

Part of the problem lies in the way Wada was set up. It is an umbrella organisation made up of sports federations and governments. Its very constitution means it is impossible for it to be an effective independent regulator as it ultimately relies on the goodwill and co-operation of the very stakeholders it represents. It is not set up to be a proper watchdog.

It is very different to the original concept for Wada when it came into being back in 1999.

The idea then was for it to run drug testing around the world. But - and it is a big but - sports and governments have never been prepared to back it with the sort of money it needs to carry out that sort of role.

So instead it has become a monitoring body without the powers to really intervene when it doesn't like what it sees.

Speak to people here and there is a sense of deep unease at the way Wada has evolved.

Professor Arne Ljungqvist has been at the centre of the fight against doping for decades. He says the Kenyan and Jamaican scandals have exposed Wada's inherent weaknesses.

Kenya faces censure from Wada for failing to carry out a full inquiry into the alarming surge in the number of their athletes caught taking banned drugs. Since January 2012, 17 Kenyan athletes have been suspended for using performance-enhancing drugs compared with only two between 2010 and 2012. The issue is to be discussed at Wada's world conference on doping in sport in Johannesburg. Although Wada has no powers to directly sanction Kenya's sports authorities it can rule that they are non-compliant with its code.

"Wada desperately needs to establish a clear criteria for non-compliance," he told me. "Jamaica and Kenya are not alone - just look at Brazil. Here is an Olympic and World Cup host and they can't even run a testing laboratory.

"Wada needs to be able to force governments and sports to take the necessary action because it cannot do the job alone."

Michelle Verroken, UK Sport's former director of ethics and drug-free sport, agreed. "We are at an interesting crossroads," she said.

"It's definitely better than it was in 1999 but there is still a lot of suspicion between governments and sports and it's by no means perfect."

Many feel that Wada will be toothless until the funding increases.

Its current budget is just $27m (£16.8m) a year, provided by sports federations such as the IOC and IAAF and by national governments. It will get a 1% increase next year but that is less than inflation and so, in real terms, a cut. What sort of message does that send?

"We certainly need more funding," he said. "To try to operate on a worldwide basis a very sophisticated organisation on about $25m a year is ridiculous. It's designed to be a failure."

So what is the answer? One solution could be to compel sponsors and media companies who pour so much money into sport to agree to a small levy or tax which could then be used to fund anti-doping programmes.

Even a 1% share of that income could be a massive game-changer.

Anything that protected the integrity of the sports those companies are sponsoring and buying rights to show would surely be in their interests.

Alternatively elite sportsmen and women could agree to paying a cut of their prize money and earnings towards anti-doping. After all, the whole point of this mission is to protect the clean athletes, isn't it?