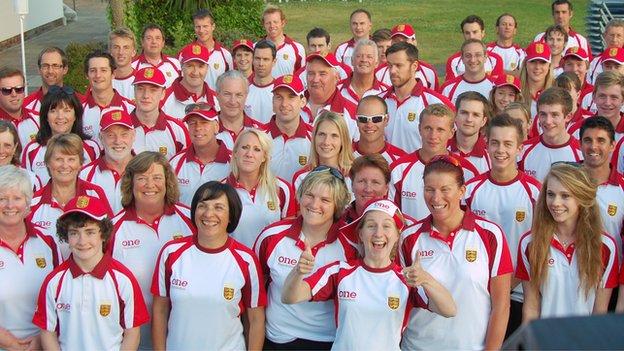 Jersey's general team manager has played down the importance of winning medals at the Island Games in Bermuda.

A contingent of about 80 competitors and 34 team managers, officials and dignitaries will head across the Atlantic next month.

"It's not something to get too excited about because you can't control the level of opposition."

This year's Games are the 15th, but the first to take place in Bermuda, and a total of 24 teams will compete in 16 different sports, ranging from football, athletics and swimming to beach volleyball, sailing and cycling.

"There are at least three or four world class swimmers turning up, so we will have swimmers of international standing not winning a medal in some events," said du Feu.

"It's doesn't mean they've had a bad swim, or bad run, it just means that competition is set at a very high standard."

Jersey's Island Games Association chairman Steve Jacobs has also refused to set a medal target, but is hopeful of replicating the success at the Isle of Wight Games two years ago.

Jersey claimed 23 golds, 30 silvers and 30 bronze medals in 2011 and finished third in the medal table behind the Isle of Man and Guernsey.

"We'd love to win every medal and we've got a real squad of medal-winners from two years ago," said Jacobs.

"We're hoping they're going to do, if not better, the same as they did last time. We were well happy with that."

Jersey will be represented in 12 sports at the Games, which run from 13-19 July.