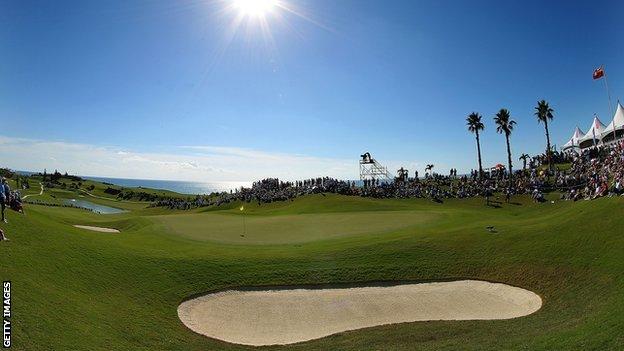 Organisers of the Island Games have pledged to put on a "fun and exciting" sporting showcase in Bermuda.

The promise comes with exactly a month to go until the biennial Games, featuring islands such as Jersey, Guernsey and the Isle of Man.

They will compete in 16 sports, including golf, squash and cycling.

"I want the Games to have been something special for everybody who takes part," said Jon Beard, chairman of the 2013 event.

"We're all making sure that everything's coming off just as smoothly as we possibly can.

"We're used to getting large numbers in - we get more coming in off one of the big cruise ships in a week.

"I think this is going to be a trip of a lifetime for a lot of people and we want to make sure people who come here have a great experience. Exciting, fun and competitive are the words that come to mind."

In a change from tradition, the opening ceremony will see the competitors housed in the main grandstand out of the sun.

"Our concern is the athletes - we don't want people stood out in the heat for hours on end while we put different displays on," added Beard.

"We're going to do something different, so they're in shade and they're seated comfortably.

Some European islands have confirmed they will be sending smaller than normal squads across the Atlantic after concerns about travel and accommodation costs.

"The build up to this Island Games has been a little bit more challenging than usual," Jorgen Pettersson, chairman of the International Island Games Association, told BBC Radio Jersey.

"Ever since Bermuda entered we've been looking forward to going over the Atlantic. It will be one of the best ever."

The Island Games in Bermuda runs from 13-19 July.