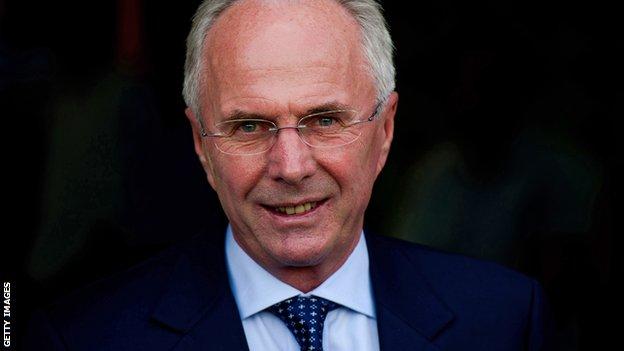 Former England and Manchester City manager Sven-Goran Eriksson has agreed to join the coaching staff at 1860 Munich, the German club has announced.

The club's chief executive Robert Schafer described Eriksson as "a coach of the world."

England won 40 and lost 10 of 67 games during Sven-Goran Eriksson's five years in charge. They scored 128 goals.

Eriksson was only appointed technical director of Thai side BEC-Tero Sasana in September.

His new club have not played in the German top flight since 2003-04 and are currently sixth in the table.

As well as his stints in England, Eriksson has also coached in his native Sweden, Portugal, Italy, Mexico, Ivory Coast and Thailand.

But this is the first time the 64-year-old has accepted a post in Germany.

"We now have to try to use his wealth of experience for our benefit," added Schafer.