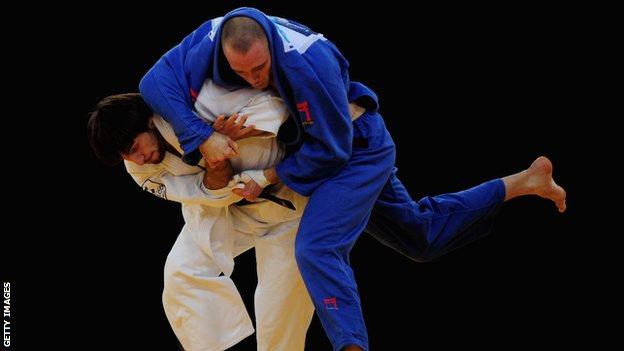 Sport England has announced six-figure cuts to the Lawn Tennis and British Judo Associations's budgets due to disappointing participation figures.

Judo has received a £353,000 cut after the amount of people participating in the last two years remained static.

Sport England chief Jennie Price said of the cuts until 2013: "No decision to reduce funding is taken lightly."

Both judo and lawn tennis were part of 46 sports that applied for targeted Sport England funding for the period from April 2009-March 2013.

"While this isn't the main source of income for the LTA - the deal for the Wimbledon surplus is set in stone - it's still a significant sum and the embarrassment of a funding cut will actually hurt more to the lobbyists at Roehampton. For years the LTA has argued that it is growing the game, constantly producing figures with upward arrows. Now they accept the Sport England survey which reports a significant drop in adult participation. Juniors may be the future but if adults aren't retained, tennis won't be the sport passed down the generations."

The amount of money channelled to each sport is reviewed every six months in-line with how well they are developing youngsters, catering to current participants and increasing the number of those taking part.

Last October, cycling, netball and canoeing all received increases after they proved their on-going success in those areas.

The LTA's funding award for the four-year spell now stands at £24.5m after Sport England's Active People survey showed that the average number of adults playing tennis at least once a week declined from 487,500 in 2007-08 to 375,800 in mid-December.

Judo and lawn tennis have both been given new participation targets to meet.

Roger Draper, the LTA's chief executive said: "We recognise that the Active People Survey results are disappointing and accept this reduction in funding.

"We continue to work closely with Sport England in order to grow tennis. Like other sports we face a huge challenge to increase the numbers playing tennis regularly in challenging economic times but participation is our top priority."