To mark International Women’s Day 2020, BBC Radio 3 has commissioned seven very different composers to each write a movement of an a cappella choral work entitled Seven Ages of Woman. Each composer represents her own decade, from Helena Paish in her teens, to Rhian Samuel who gracefully brings the piece to its culmination.

Each woman gives their individual take on where they are in their lives - right now as a woman in 2020 - and the resulting piece of music as a whole will take listeners on a journey through time of mind, body and soul. During the concert the composers will discuss their inspiration and the creative process for this project with presenter Fiona Talkington. Grace Rossiter conducts the BBC Singers.

Already got tickets to this show? 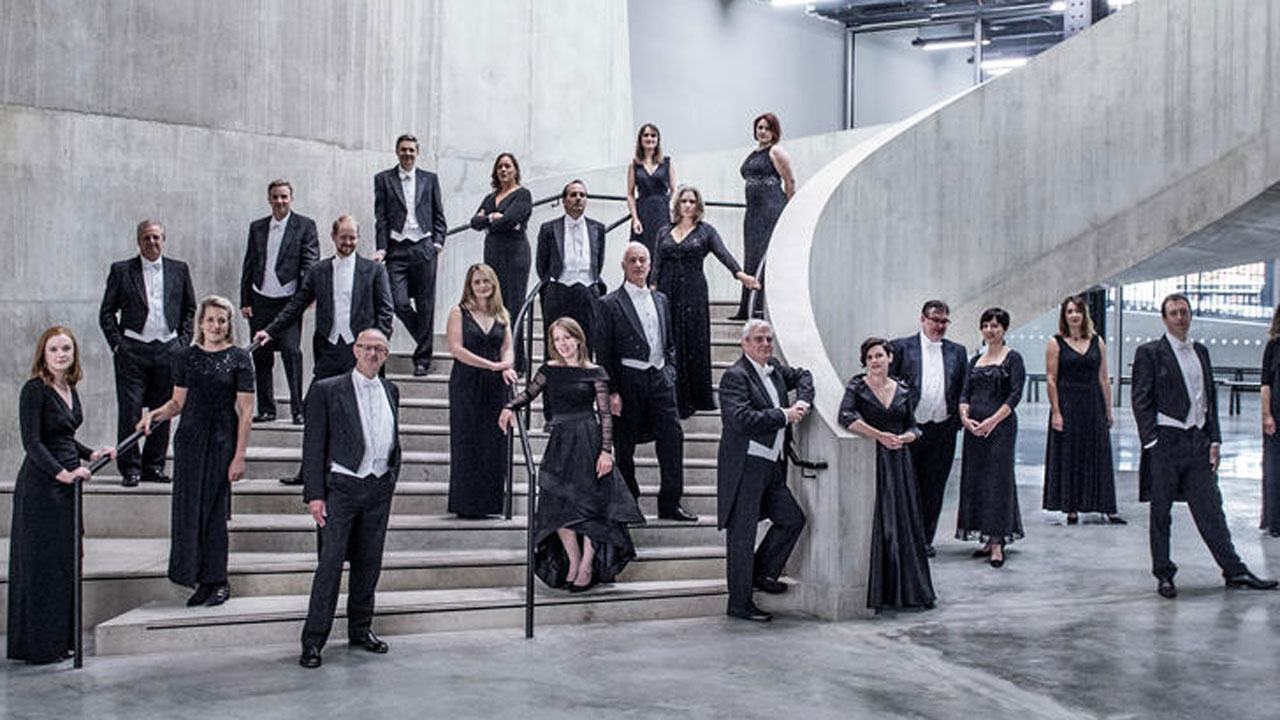 How to be in the audience

Tickets for this show are being allocated on a first-come first-served basis, so when we receive your ticket request your details are added to the list of applicants. Tickets are usually dispatched from approximately three weeks ahead of the recording date.

All eligible requests are allocated tickets in the order they are received, up to the maximum number of available tickets. If successful, we notify you by text message and send your e-ticket(s) to your email address. If unsuccessful you will be kept on the waiting list in case anyone cancels their tickets.

Step 3: Bring your tickets and ID

We do our best to get the numbers right, but unfortunately we occasionally have to disappoint people so please arrive in good time. Remember that every guest must bring original approved photo ID.

We have now allocated all tickets for this show, but all unsuccessful applicants will be kept on the waiting list in case we're able to release any additional tickets. Make sure you've joined our mailing list and are following us on our social channels to be notified when new shows become available!

See what else is on right now

Tickets are strictly non-transferable. Original photographic proof of ID must be shown by the named ticket holder and any accompanying guests. If you cannot provide this proof you will be refused entry. If your photo ID does not match the name on the ticket you will not be admitted. If you request two tickets because you are taking a guest along, that person will only be allowed in if they are accompanied by you.

Please take a look at our FAQ to see what type of photo ID is acceptable.

Admission is on a first-come, first-served basis. Please note that as not everyone who asks for tickets uses them, to make sure we have a full house we send out more tickets than there are places. We do our best to get the numbers right, but unfortunately we occasionally have to disappoint people so please arrive early.

All information is correct at time of publication.

Receive news by email and follow us on social media

Do you need help?
See all FAQs

How we use your information

The information you provide will be processed by the BBC, production teams and our service providers for the purpose of handling your ticket application, and if you’ve selected to join our mailing list, it will also be used to send you information about the categories of shows, tours and events that may interest you (you will be given the opportunity to unsubscribe from each newsletter every time you receive it). Personal data will not be shared with any other third party without your permission unless required by law. The BBC and our service providers will retain your data in accordance with our retention policy and Data Protection legislation. Visit the BBC's Privacy and Cookies Policy for more information.

The BBC aims to truly reflect the nations, regions and diverse communities we serve, and to involve all sections of our audience in making shows. We want to encourage people of all ages, backgrounds, abilities and disabilities, including autistic spectrum disorders, sensory impairment, and physical and learning disabilities, to apply to participate as members of studio audiences and contributors to programmes, to tour our buildings and to join us at events. We regularly audit BBC buildings to ensure accessibility for all visitors with disabilities and will, where possible, make reasonable adjustments for disabled people wishing to take part in BBC activities.